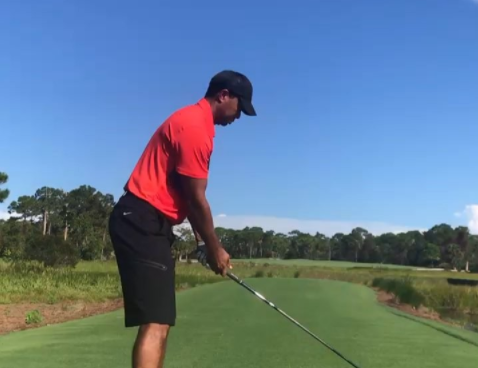 Tiger Woods posted another video to social media which shows the former world No. 1 taking a golf swing.

This is the third clip that Woods has posted in the past week, but the first one showing the 41-year old hitting a driver.

The initial video was posted on Oct. 7, and showed Woods hitting a full iron shot in slow motion.

On Oct. 10, he posted a video from the Tiger Woods Invitational in California, a clinic he hosted with Tour player Kevin Chappell.