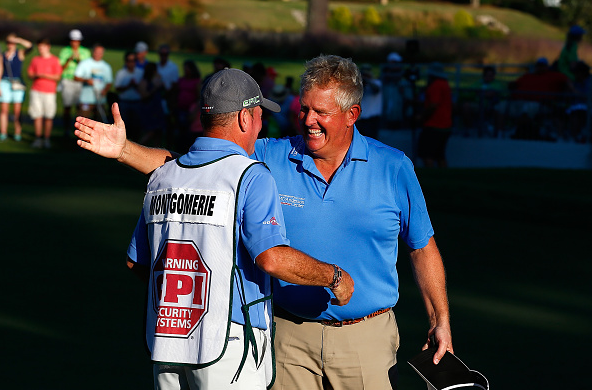 Colin Montgomerie fired an 8-under 64 on Sunday at Prestonwood Country Club to win the SAS Championship by three strokes. 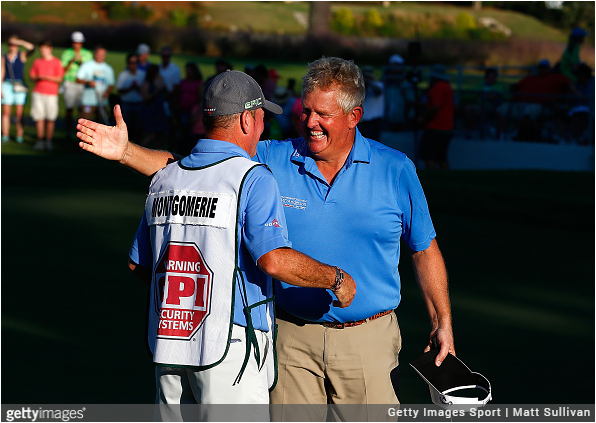 Montgomerie started the day tied for the lead with Phillip Price and Jerry Kelly. But a bogey-free round of eight birdies, highlighted by three timely ones on holes 14, 15, and 17, allowed the Hall-of-Famer pull away from the field.

The 54-year old Scot finished his three-rounds in North Carolina at 16-under to secure win No. 2 of the season, and second in his last four starts. (He won the Champions Tour’s Japan Airlines Championship early last month.)

With a pair of wins, and a top 10, to close out the regular season, Montgomerie enters the playoffs as the hottest player on the senior circuit.

“It [another win] gives me a huge amount of confidence going into the playoffs, and I look forward to the next few weeks with added incentive now,” said Montgomerie, who made just one bogey over his final 51 holes.

“I was just trying to make birdies,” Pavin said. “That’s all I could do out there. I just hit a couple bad putts. But I hit a lot of good shots. I can’t really think of a bad shot I hit really. So pleased with my ball striking.”

Charles Schwab Cup leader Bernhard Langer posted a 3-under 69 to finish T11, good for $38,523. The earnings pushed the 60-year-old German star over the $3M mark for the season. Langer enters the playoffs with a $577K lead over Scott McCarron.

The Schwab Cup playoffs start this Friday with the Dominion Energy Charity Classic in Richmond, Virginia. 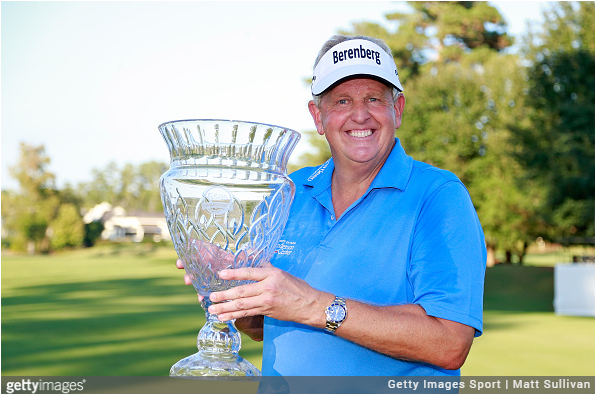 “It is very much a second life, but at the same time, you know, I was just saying to my caddie Alistair, we’ve been together since 1992, we’ve been together for 25 years and you might think it’s a second life, but he said that although I got to No. 2 in the world during the ’90s, it felt and feels very, very similar. It feels similar. I was up against the Corey Pavins of this world, the Vijay Singhs of this world in the ’90s and still am. And it feels as good as it did then to beat them occasionally, and it must feel the same for them to beat us occasionally, too, you know what I mean?”