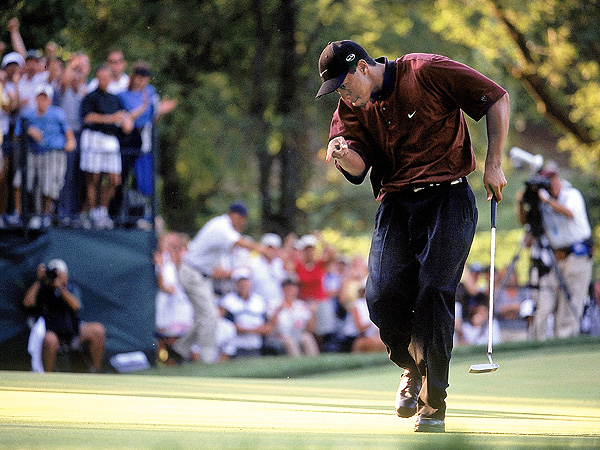 Classic Tiger and a “where you were when” moment of golf. Coming off of major championship victories at the US Open, and British Open of that year Tiger went into the Valhalla heavily favored but ran into a buzz saw named Bob May.

The two traded great shot after great shot, and pressure putt after pressure putt. In the end the GOAT hoisted the Wanamaker Trophy after a 3-hole playoff.

The epic duel at the 2000 PGA Championship also led to one of the most memorable moments in tournament history:

“Unfocused” Phil Mickelson Still Optimistic For the Weekend at the Wells...

Rory McIlroy Rockets Up the Leaderboard at the Wells Fargo Championship