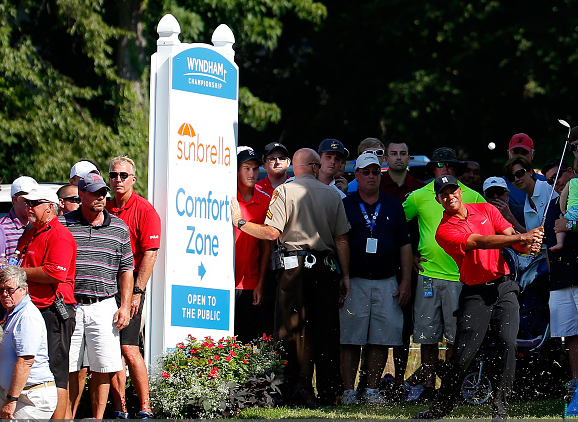 Tiger Woods has officially withdrawn from next week’s PGA Championship at Baltusrol, and his agent says he won’t play for the remainder of the 2016 season.

“Continuing to make progress, but simply not ready for PGA. Will not play in the ’15/’16 season and will continue to rehab and work hard to then assess when he starts play for the ’16/’17 season.”
Mark Steinberg, Woods’ agent

Tiger Woods has withdrawn from the #PGAChamp. He was replaced in the field by Harold Varner III.