Sad day for the golfing world as one of the most recognizable beards has gone to the big beard in the sky.

Rumors started swirling when Delaet showed up to play in the Barbasol Championship with no beard.

The sad news was confirmed Tuesday after this tweet from the PGA Tour Media account revealed a smooth, freshly shaven face on the body of Graham DeLaet. Soon after, more pictures of the sans beard face started circulating.

Congrats @GrahamDeLaet on being named to @TeamCanada. We look forward to cheering you on at #Rio2016 pic.twitter.com/m8hLgXoAdu

RIP Graham DeLaet’s beard, you will be missed. 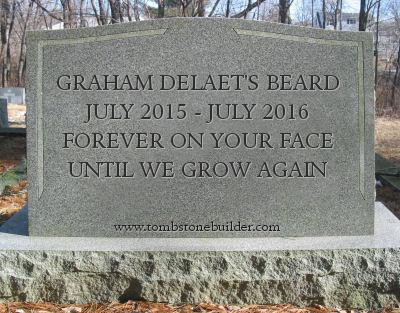