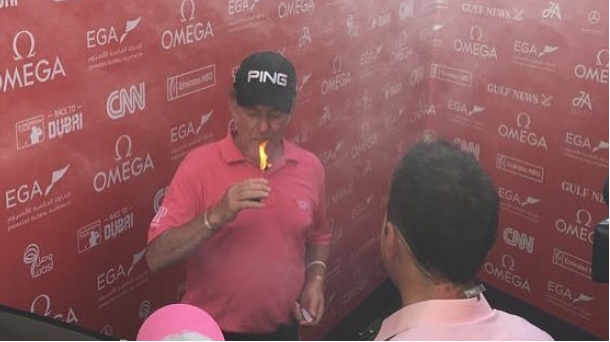 A look at a few of the top photos trending on Friday morning after the opening rounds of the Farmers Insurance Open (where Tony Finau leads by one) and the Pure Silk Bahamas LPGA (where Brooke Henderson is up one), as well as a partial second day in Dubai (where Jamie Donaldson clings to one-shot lead).

Tiger Woods stops for a few autographs following an opening round of even-par 72 at Torrey Pines. FWIW, the old Tiger would never sign an autograph so this is a good sign (pun intended).

Playing in the second round of the Omega Dubai Desert Classic, Paul Dunne’s second shot on the par-4 10th hole lands in a tough spot in the bunker. The Englishman would actually play the ball as lies, and get out (see below), but still made bogey. 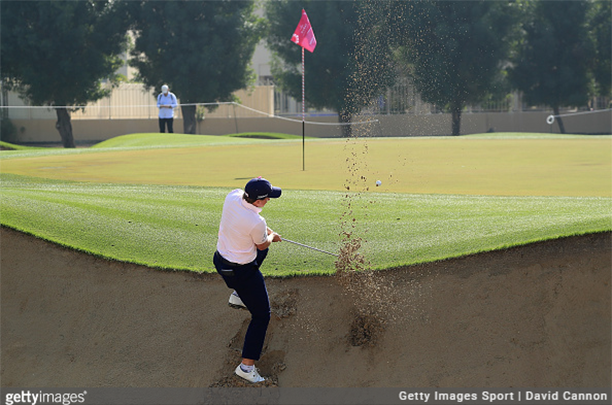 Miguel Angel Jimenez shot opening rounds of 66 and 68 to sit T5 alongside Rory McIlroy. Afterwards, the 54-year old Spaniard lit up his signature stogie to celebrate the weekend ahead.