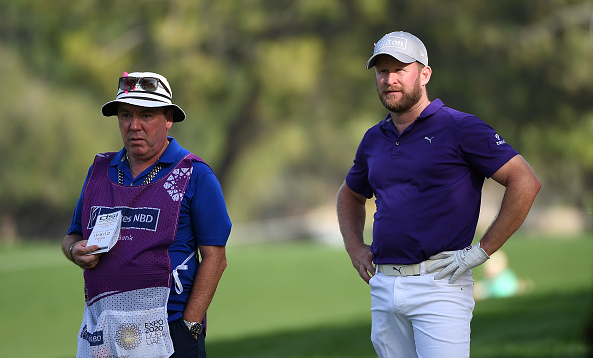 Jamie Donaldson posted a 3-under 69 on Friday and holds the clubhouse lead by one shot following a fog-delayed second round at the Omega Dubai Desert Classic. 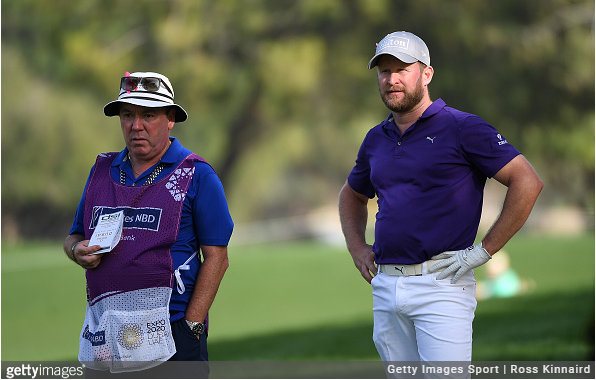 The 42-year-old Welshman finished his day with four birdies against one bogey en route to a two-day score of 13-under 131.

The start of the second round was delayed by nearly 3 hours due to early morning fog rolling across Dubai. All 66 of the golfers who teed off in the afternoon groups were still on the course when play was suspended due to darkness. These players will resume their second round on Saturday morning, starting at 7:30 am (local time).

China’s Li Haotong reeled off a round-best 10 birdies against two bogeys and a double en route to a 6-under 66 to hold down second-place on 12-under, one ahead of South Africa’s Branden Grace (65), and two clear of Grace’s compatriot Thomas Aiken (67) and Spaniard Miguel Ángel Jiménez (68).

“I have backed up low scores like that with another one but today it wasn’t to be,” said Donaldson.

“Quite happy with a 69. Played nicely. Drove the ball well, iron play was good, took my chances when I was close enough to do so. Hit a lot of really good putts that didn’t go in where yesterday they all went in. It can always be better, can’t it?”

Four-time major winner Rory McIlroy had finished 11 holes (four birdies, one bogey, and six pars) before play was called. The Northern Irishman sits tied for fifth at 10 under. 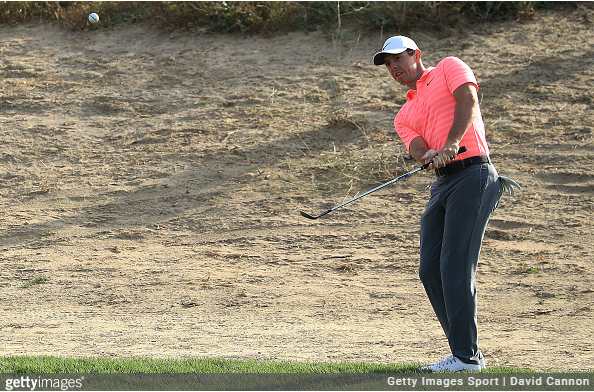 “I’m in a good position. It was hard waiting all day to go out there. Got off to a really good start, 3-under through five, and then made my first bogey of the week on the eighth, which was a bad tee shot. I nearly got away with a par but dropped shot,” said McIlroy.

“But it was nice to get a shot back there on 10 at the end of the round. Hopefully, I can come out in the morning and make a few more birdies and get closer to the lead.”

Defending champion Sergio Garcia was 1 under through 11 holes, and 6 under on the scoreboard (T37). American Pat Perez sits alongside Garcia at 6 under, through 10 holes of bogey-free golf.

England’s Matthew Southgate made the shot of the day. The 29-year-old Englishman used a nine iron from 154 yard to ace at the par-3 7th hole. The hole-out earned Southgate an OMEGA Seamaster Aqua Terra 150M men’s watch. 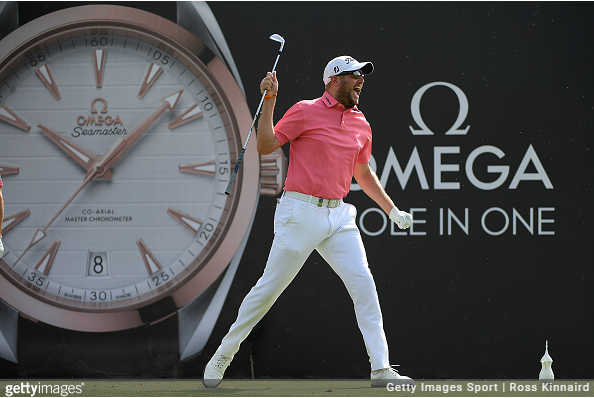 “It was just a really good yardage for me. It was really nice. I was aiming at the right lip of the back right bunker and where the wind was, it was just like a perfect target,” ” said Southgate.

“Just hit it absolutely perfect then it just started turning into the flag and I knew it had to be good. In the air, I was saying, ‘be the number, be the number’, and when it pitched it was right in line with the flag, a couple of yards short.

“As soon as it pitched, I was like, ‘get in’, and then it just kissed the flag and went in. It’s my first one on Tour. I was chuffed. It was really good. I’ve had a lot just playing with friends and as an amateur but never on the Tour so, seven years waiting, off to a good start this year with one.”

STAR OF THE DAY

The video of the heavy fog in Dubai, which delayed the start of the second round by nearly three hours.

“Wanted to try to go flag hunting a little bit, which maybe I shouldn’t have done, but happy with how I played.”
– Jamie Donaldson