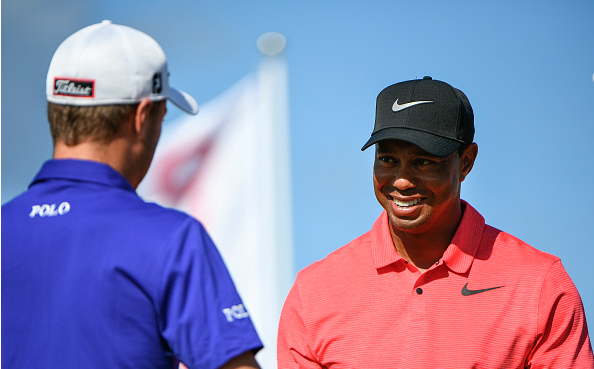 A look at some of the top quotes from the top players after the final round of the Hero World Challenge in the Bahamas, where Rickie Fowler won by four shots. 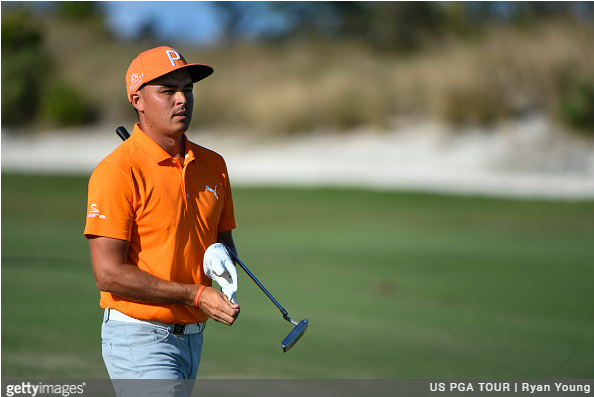 Jordan and others have used this tournament as a springboard into the following season. Just talk a little bit for how it sets you up for the 2017-18 year

FOWLER: Well, I think coming off of this past year, being arguably one of my best years when you look across the board stat-wise, I didn’t win as much as I would have liked to. But that being said, the two events that I’ve played through I guess my mini offseason, Mayakoba and finishing second there and put myself in a position to win, and then coming here and not necessarily being in contention but going out there and putting myself in a position to go win.

After the hot start with these two finishes through the fall going into what will be a little break before we go to Maui, I’m looking forward to next year. I think the big thing was to not, I guess, not lose what we had going this past year because it was a very solid year across the board, and I think what we’re going to work on going forward is just picking up a few of the little things that could have made just that — just that difference to put us in the winner’s circle more on Sunday because we gave ourselves a lot of chances. No, this is a nice way to go into Christmas.

When you did look at your year, and you touched on this at the top a little bit where it was a solid year but maybe you didn’t quite win as often as you would have liked, did that start to wear on you, become frustrating at all at any point, and how did you sort of work through that to get to not let it become frustrating?

FOWLER: No, it was never frustrating because we were putting ourself in contention going into Saturdays and Sundays and having chances. I mean, playing on the PGA Tour around the world, it’s kind of — it’s a game that you can’t base success off just winning. I think Tiger during his prime, he had one of the best winning percentages, around 30 percent. I don’t think anyone really sniffs double digits.

So you have to deal with if you look at winning as your only sense of success, you’re going to deal with failure a lot. So trying to piece together what’s a successful week, is it hitting a certain amount of fairways or greens or having a certain amount of putts, scrambling well, and ultimately those lead up to winning in the end. But if you look at I finished third, it was a terrible week, we’re going to deal with a lot of bad weeks out here.

Third’s pretty good, I’ll take it. But no, it’s tough because you have to look at trying to look at the glass half full because there’s a lot of times where you could pick it apart. And last year I could have gotten down on myself a handful of times for not getting the job done or not winning more, but it was a fun year. Being in contention with your buddies and some of the best players in the world, keep doing that and trophies will fall into place. 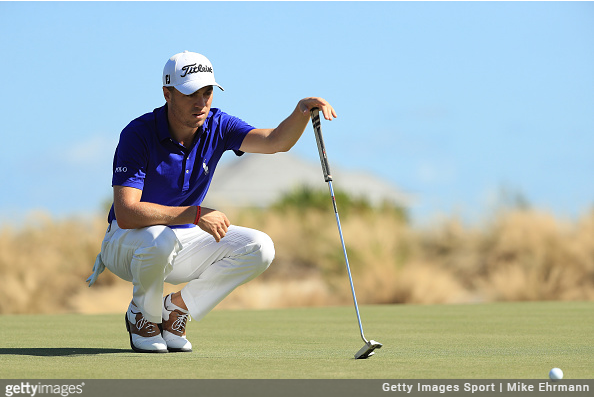 Is there any dilemma between wanting Tiger Woods as part of the golfing equation and all he brings, and if he was at his best, he would be a tough guy to beat, right?

THOMAS: Yeah, it is different because I’ve never played against that Tiger, and I mean I don’t want that Tiger just because the sense of judging by the statistics, not many of us would have that great of a chance. But at the same time, obviously we want to be able to play against him and battle down the stretch with him. I mean, that’s the person that I was making putts on the putting green when I was 6, 7, 8 years old pretending to beat. So it would be pretty fun to do it in person, but that’s obviously — we both are, I guess a lot of us, myself included have a lot to get there I guess you could say.

Justin, what would it mean for golf if you, Jordan, Hideki, all the good young players keep doing what you’re doing and Tiger returns to a level of elite status as well?

THOMAS: It would be — there’s probably really no words to describe it. Golf’s already in, I’m biased but I would say it’s maybe the best place it’s been. Obviously I’ve only watched it for 19, 20 years, but that I could at least — or 16, 17 years I can remember, but it’s in a great place. It’s hard to do the things that he did in terms of winning that many tournaments in a year with how deep the Tour is and just how many good, hungry young players there are. But it would be fun. 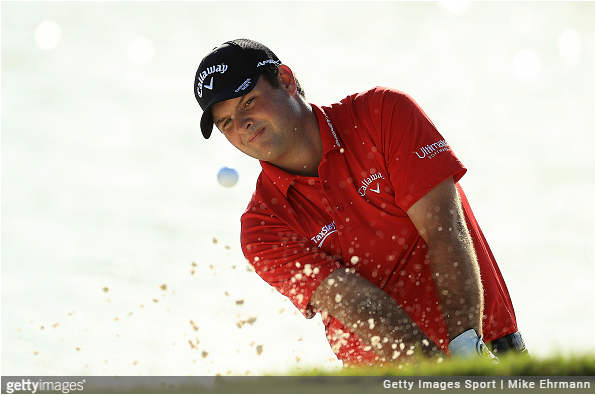 Playing with Rickie today, I mean, he was obviously on fire. What was it like?

Yeah, kind of one of those things where he was hitting the ball really solid. Once he got his speed down on the first hole making the first putt, it just seemed like the hole was about the size of a dinner plate, he just never missed. It was awesome to watch. It was good to see. But man, that was an impressive front nine. As an Open champion, is that going to be any different feeling than Masters champion? Has it been different for you in any way?

I heard you had a cool red shirt moment with Tiger before you headed out to play. Kind of fun having him back?

REED: Yeah, it’s awesome having him back. I’m kind of surprised he decided to tone it down and kind of go pinkish-red, you know. So I gave him a little hard time there saying how light his red shirt was compared to mine. But it’s awesome, it’s awesome to have him back to be able to kind of give him those little jabs because he’ll give them right back. It’s just awesome to see him back playing some good golf. 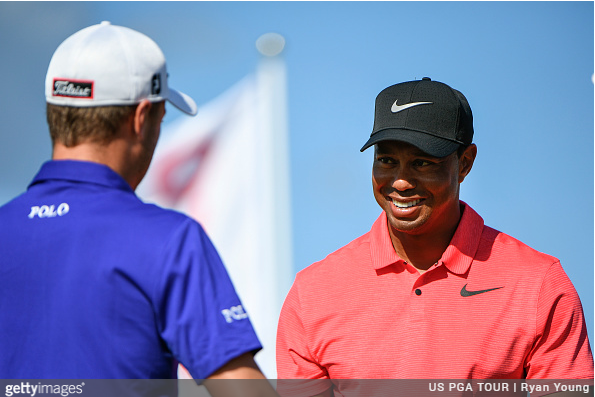 Tiger Woods, good to see you back, man. Everybody and their brother and sister had an opinion on what you would do this week. For you coming in, expectations now after four days, surprised early on, what? What do you take away from these four days?

WOODS: Well, I knew I was going to be able to play all four rounds, that wasn’t going to be an issue. I played a lot at home. Came down here, I played, so that wasn’t going to be the issue. The issue was how was my scoring going to be, how was my feel, how am I going to get used to the adrenaline in my system for the first time in a while. You know, that took a little bit of time. I was still good with my irons, I drove it pretty good all week, made some good putts. But overall I’m very pleased. I showed some good signs, I hit some really good shots out there and a bright future.

If Torrey’s (Farmer’s Insurance Open) your first start out, how do you sharpen yourself competitively between now and then, how do you do that?

WOODS: I’m sure the guys will have some denominations they want to play for. JT (Justin Thomas) was already alluding to that as we were playing today so when we go home, these guys are awesome, they want to play almost every day. They want to compete, they want to see me back out there, and it’s really nice to have that type of camaraderie.