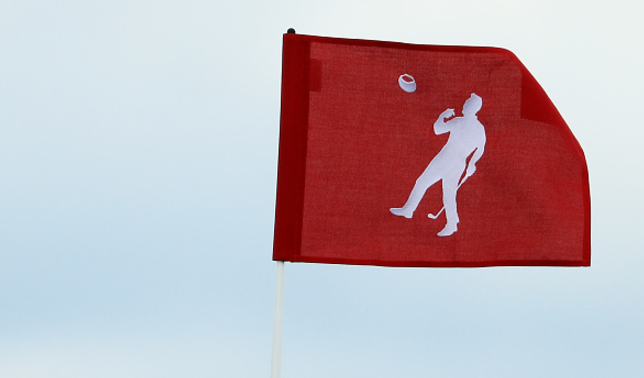 The late Arnold Palmer famously never won the PGA Championship, to capture the Grand Slam. Yet what many forget is that he nearly got shut out from the U.S. Open as well.

Palmer may own just a single U.S. Open banner, but it was one of the most iconic.

The King captured the 1960 Open with a sizzling final-round 65 at Cherry Hills, overcoming a seven-shot deficit to edge then-amateur Jack Nicklaus by two strokes.

After the final putt, Arnie threw his visor into the air. To this day, it’s one of the most iconic clips regularly shown during U.S. Open promos.

On Sunday, Palmer was honored by the USGA at Erin Hills with a flag on No. 18 that depicts the famous silhouette of Palmer’s celebration.