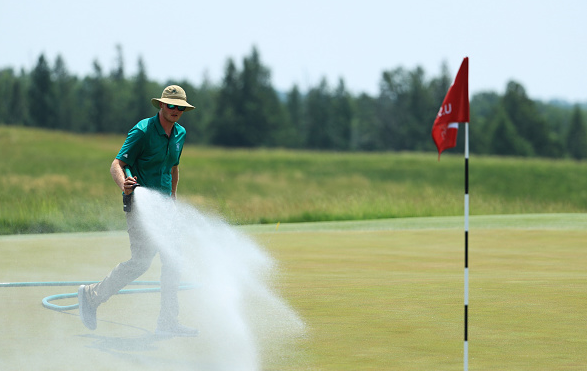 Mike Davis, the executive director of the USGA, and the man essentially in charge of the U.S. Open, sat down with Mike Trostel to discuss Erin Hills.

In a video posted to the USGA’s Twitter account, Davis claimed that the winds on Sunday reached 20 mph with gusts up to 30 mph, much stronger than USGA officials anticipated.

With less than 24 hours before the start of #USOpen week, the USGA's Mike Davis has a quick update on Erin Hills and the week ahead. pic.twitter.com/RPco5FBuLL

Davis said that the grounds staff at Erin Hills will be increasing the amount of water sprayed to the course, so as not to end up with a situation like Chambers Bay.

“I just got out of a meeting with superintendent and some of his key members of the grounds staff and we are going to have to put a good bit more water on the golf course just to make sure that the plants, particularly the putting greens stay healthy,” Davis said. “We don’t think we’re going to get that strong wind the week of (the championship), but nonetheless, it plays into it. We’re just having to adjust, as we should have to adjust, to Mother Nature.”

The forecast calls for temps in the mid-80s for the three days of practice rounds with a greater than 50 percent chance of rain on each day.