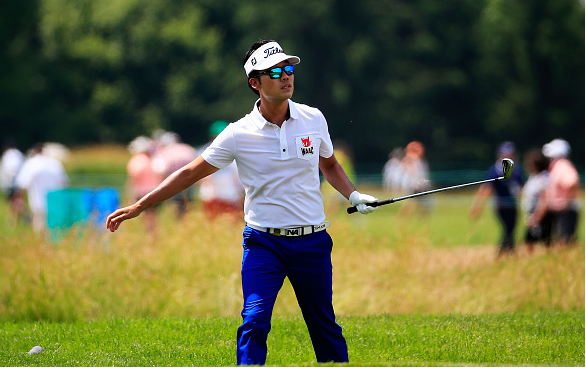 The USGA has come under a lot of scrutiny in the past few years, and with the U.S. Open set to tee off in just three days, players have again been speaking out against course conditions. This time, it’s Kevin Na, who posted a video showcasing the extreme rough at Erin Hills, the site of this year’s open.

Inferring that the USGA is making the course extra difficult just for the sake of being difficult, Na tossed a ball just a few feet off the fairway, where it was completely devoured by the unbelievably thick rough.

The 33-year-old then decided to take a couple of ill-advised swings out of the fescue, and luckily managed to walk away without breaking his wrists.

“Erin Hills is a great design course but the fescue is almost unplayable. BTW never found the ball. So don’t hit it in there lol. Straight hitters have a chance! #usopen #erinhills #mikedavis #lostball #usga”
–Kevin Na via Instagram