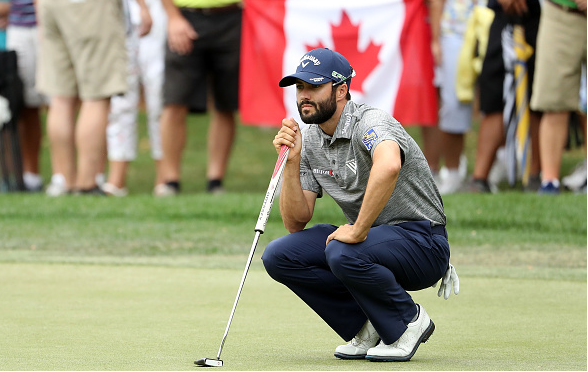 Adam Hadwin won his first PGA Tour title at Innisbrook this weekend. The 29-year-old Canadian shot an even-par final round, and (just) held on to capture the 2017 Valspar Championship.

The win is the second for a Canadian tour pro this season (Mackenzie Hughes won the RSM Classic in the fall). And because PGA tournament winners qualify for the Masters, Hadwin will join Hughes and Mike Weir, who scored a green jacket in 2003, as the three Canucks in the field at Augusta.

With that, as part of closing up shop on another week, and getting ready for the Arnold Palmer Invitational, here’s a look at the PGA Tour’s weekly video recap from Innisbrook.

The best shots from the @ValsparChamp in under one minute. pic.twitter.com/GHQ4l3eO9R

The one-minute clip looks back the the week that was at the Copperhead Course, including some serious great golf shots.