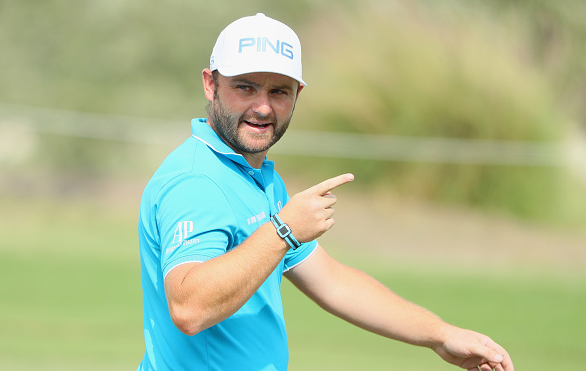 England’s Andy Sullivan made some buzz earlier in the week when he posed with the European Tour’s two 6’6″-plus players, Robert Karlsson and Chris Wood at the Commercial Bank Qatar Masters.

The supposedly 5’9″ Sullivan was dwarfed standing next to the two giants (plus there looked to be some trickery going on – but that’s neither here nor there).

Sullivan made more news in Qatar, and this time it was on the course with a Mickelson-esque green-side flop-shot… or what the announcer calls a “parachute shot.”

On the 6th hole, Sullivan plops it in for birdie, to go to 7-under par.

For the day, Sullivan had quite the adventurous round three with 4 birdies, 4 bogeys, and an eagle. Through three rounds in Qatar, Sullivan is at 10-under and 5 shots off the lead of Jeunghun Wang (-15).