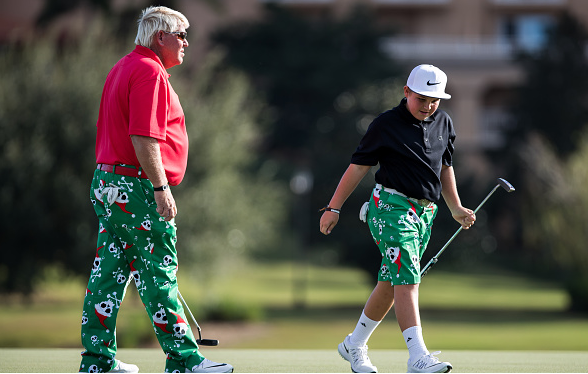 During the first round of the PNC Father & Son Challenge, Little John “LJ” Daly became a TV star as he teamed up with his famous dad, wearing matching Loudmouth shorts.

Aside from his matching attire, 13-year-old LJ also appears to have a similarly impressive golf swing like his father.

The highlight of the round happened on the 18th hole at the Ritz Carlton Golf Club in Orlando, when LJ (thanks to a nice little kick) actually outdrove “Uncle” Vijay Singh, the 3-time major champion.

Team Daly would go on to birdie the final hole, and finish at 8-under par – only 3 shots off the lead.

Is John Daly the Best Dressed Golfer on the PGA Tour?