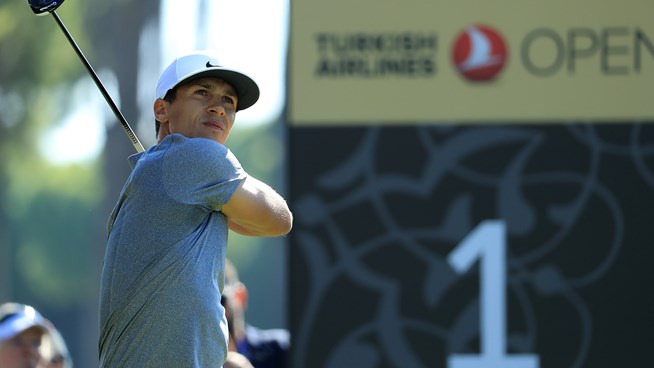 Thorbjorn Olesen continues to be on fire at the Turkish Airlines Open, and leads after 54 holes by a whopping 7 strokes.

Olesen’s performance this week has been aided by taking lots of risks that have paid off – like this shot on the 9th at the Regnum Carya in Turkey.

With his ball sitting in what looks to be an impossible lie in a fairway bunker, the 26-year-old shows no fear and gives it a ride.

Not even fairway bunkers can stop @ThorbjornOlesen right now. https://t.co/vGnODv8rzy