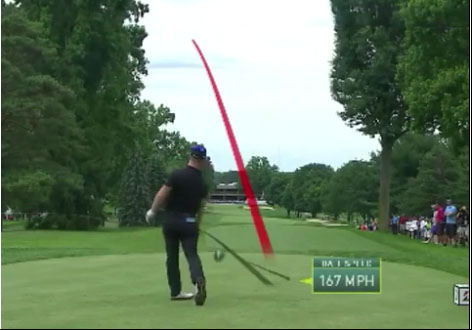 Professional golfers make the game look far too easy at times, so much that weekend golfers often wonder why they can’t do the same.

With tee shots like the one David Lingmerth hits in the video below, we’re reminded that no matter who you are, golf is still hard.

Lingmerth hits a dead pull miles left on Firestone’s 9th hole during his final round at the WGC Bridgestone Invitational.

We've all been here before. https://t.co/AUqp9RVpUK

Lingmerth was not the only one who looked mortal at Firestone… Check out J.B. Holmes nail his 8 iron a whole 7 yards. Woosh.

The cabbage at Firestone is no joke. https://t.co/hp7NXBGV19