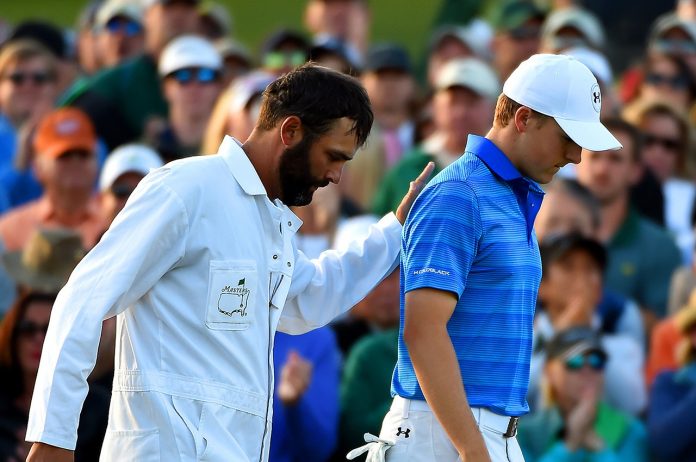 Michael Greller, once a middle math teacher now Jordan Spite’s caddie, celebrated his birthday today at the WGC-Bridgestone Invitational. He is a vital part to Team Spieth’s success.

Jordan Spieth: Master of the greens and mac & cheese. #ThisIsSportsCenterhttps://t.co/nHmRivSYp0

Rickie Fowler wished Greller a happy birthday as he was about to chow down his pregame meal: cake.

Greller caddied for Justin Thomas in the 2010 U.S. Amateur at Chambers Bay. Justin recommended Greller to Jordan for the 2011 U.S. Amateur at Golden Mountain in which the duo won. The rest is history.

The pics I have of this guy are endless… I kept it tame. Happy bday big mike! @michael_greller #somuchflow pic.twitter.com/0H9eMecxuU

Spieth celebrated Michael’s birthday today with a strong finish, shooting 3-under par 67, and ending with a Top-5 spot.