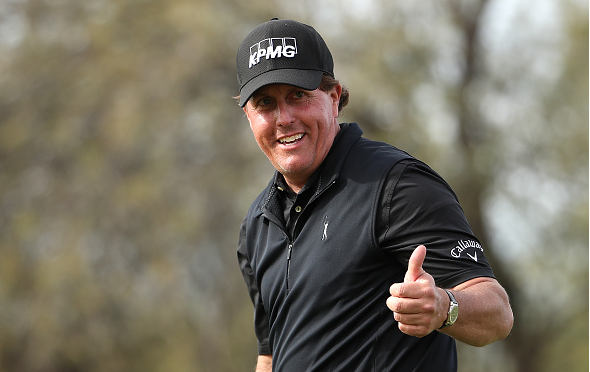 Not many players in the world have the ability and creativeness to pull off shots like the one and only, Phil Mickelson.

Mickelson’s drive on the 8th went sailing into the right rough, however, his approach shot into the green settled to pin high.

From behind the tree … to pin high.

To top it off, Mickelson rolled in the birdie putt to move to 2-under through his first 8 holes.