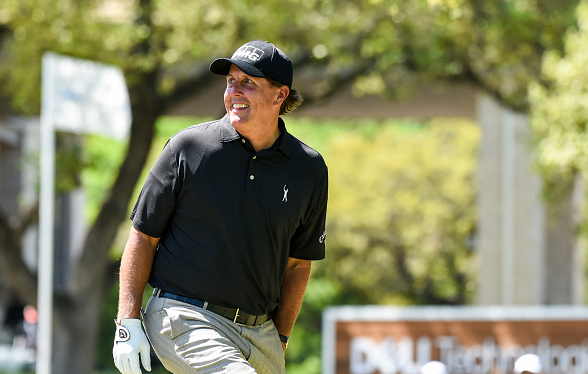 Day two of the WGC-Dell Technologies Match Play is in the books, and after an exciting day of head-to-head action, many players either clinched their group or were eliminated.

Friday could be even better, as a number of groups look destined for playoffs to decide their Group of 16 representative.

The big news to come out of Austin yesterday was the withdraw of defending champion Jason Day, who left to be with his mother, who is having surgery for lung cancer on Friday. Today, two more players withdrew, and both had a large impact on who is going to the round of 16.

Gary Woodland finished runner-up two years ago and got off to a good start Thursday, defeating Emiliano Grillo, but his tournament is over after an undisclosed personal issues led to his withdraw before his scheduled match against Rory McIlroy. Woodland was scheduled to face Soren Kjeldsen tomorrow, and as a result, Kjeldsen clinches his group with a 3-0-0 record.

McIlroy will play Grillo tomorrow, but both have been eliminated. The other withdraw came from Francesco Molinari, who played his match (which he lost 5&3 to Thongchai Jaidee) before withdrawing with a wrist injury. As a result, Alex Noren, who was scheduled to face Molinari tomorrow finishes pool play 3-0-0 and will advance to the round of 16.

Mickelson cruised for the second consecutive day, crushing Berger in a match that needed just 14 holes. Of those 14 holes, Berger shot bogey or worse on six of them, including on the first two holes, which severely handicapped his chances. Berger won only one hole in the match.

Mickelson now just needs a win or a halve in his match tomorrow against a reeling J.B. Holmes to clinch the group.

Koepka has risen from the ashes of his dreadful 2017 season to dominate a match play opponent for the second day in a row; this time his victim was Jason Dufner. The match was all square through four holes, when Koepka exploded, winning six of the next seven holes, and ending the match on #13.

It was the second straight day where Koepka didn’t need to play the final five holes. In a big match against Patrick Reed tomorrow, a win or a halve by Koepka clinches his spot in the top 16. Reed was eliminated today when he was upset by Kevin Kisner.

Johnson has been unstoppable since winning the Genesis Open last month, which elevated him to #1 in the world standings. Today, Johnson continued his tear against a former #1, two-time major champ Martin Kaymer.

Johnson was 4-up after seven holes, with the two exchanging holes the rest of the way, until Kaymer was eliminated after #16. Johnson clinches the group victory with a win or halve tomorrow against Jimmy Walker.

Somebody finally got the best of Thomas Pieters in a match-play format, as Vegas made the European Ryder Cup MVP look surprisingly mortal. Vegas was 4-up after just 12 holes, and while Pieters was able to get a few holes back, the match ended after 16.

Both Pieters and Vegas are 1-1-0, and they need Bubba Watson to lose his match tomorrow against Pieters to stay alive in the group. A Pieters win combined with a Vegas win over Scott Piercy means a three-man playoff for the one spot in the final 16.

Fisher has been extremely quiet outside of Europe since he made waves at the 2009 U.S. Open (he was T5), but nobody could help but hear him after a resounding victory over three-time season winner Matsuyama.

Hideki nearly made a great comeback, winning 14 and 15 after going 3-down, but Fisher tightened up on 16 and 17 to take the match. At 0-1-1, Matsuyama has been eliminated. Fisher needs a win against Jim Furyk tomorrow to force a playoff.

Leishman, the winner at last week’s Arnold Palmer Invitational was finally subdued, falling against Pat Perez who is now a surprise undefeated (2-0-0). Leishman won just two holes on the day.

Not all is lost for the Aussie, however, as he has already won his match tomorrow, since he was scheduled to play Jason Day, who withdrew yesterday. Perez clinches the group with a win tomorrow against Lee Westwood.

All eyes will by on group 7 tomorrow, as one of the best Spanish players of all time, Garcia, will face off in a winner-take-all match against young Spanish star Jon Rahm, who analysts can’t stop comparing to Seve Ballesteros.

Rahm, playing in his first WGC-Match Play, is 2-0-0 after his victory today against Kevin Chappell. Sergio split with Shane Lowry in the other group match today, leaving him at 1-1-0.