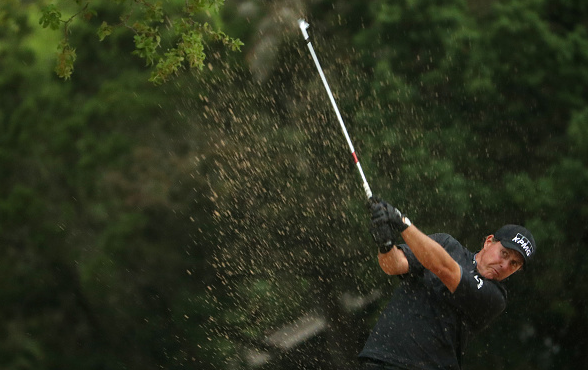 Phil Mickelson, the 14th ranked golfer in the WGC-Dell field, showed the golf world that he still has some serious game left in the tank. Phil completed a clean sweep of his Group 14 opponents, capped off with 6 & 5 blowout over former Ryder Cup teammate J.B. Holmes.

This win followed a opening-round beating of Si Woo Kim, 5 & 3, and a second-round pounding of Daniel Berger 5 & 4.

Mickelson now moves on to the Knockout Round, or the Sweet 16, tomorrow at Austin Country Club.

No bogeys for Phil Mickelson today.

Phil defeats J.B. Holmes 6 & 5 and advances to the weekend.#QuickHits pic.twitter.com/gprN0vRTDA

Afterwards Phil was interviewed by the PGA Tour’s media, where he was posed with the understatement of the day, “Phil, you did what you had to do today…”.