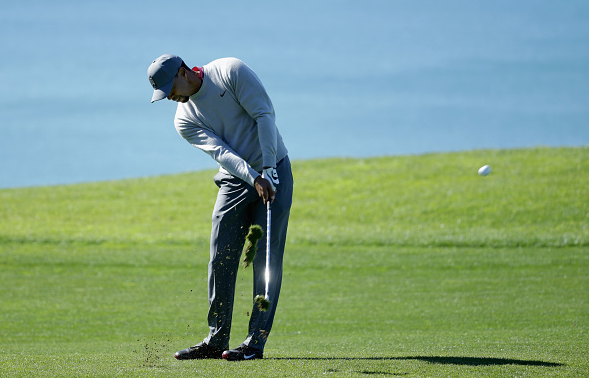 Tiger Woods made his long-awaited return to the PGA Tour at the Farmers Insurance Open. But it only lasted 36 holes.

The 14-time major champion, who has won eight times at Torrey Pines (seven Farmers Insurance Opens and one U.S. Open), was unable to get anything going after a horrid six-hole stretch of golf in the opening round -which resulted in a 4-over 76.

“I just didn’t make enough birdies,” said Woods, who finished his second round at even-par 72, and 4-over 148 for the tournament – missing the cut by four shots.

While it wasn’t a huge surprise to see Woods miss the cut – following a 17 month layoff, it was somewhat of a stunner to see both of his playing partners – the world Nos. 1 and 3 in Jason Day and Dustin Johnson – MC too.

The two superstars both shot 2-over-par 74 in the second round at the much-tamer North Course.