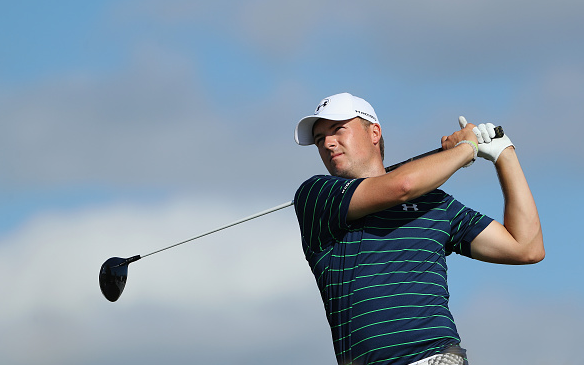 Hideki Matsuyama hung on and captured a big win in the Bahamas at the Hero World Challenge. By winning once again in a field that was off the charts elite, the Japanese star is now officially in the conversation as one of the world’s best.

Before we move on to the Franklin Templeton Shootout, let’s take a look at the 10 best photos from the final round of the Tiger hosted event – from the photographers at Getty Images.

Tiger and Hideki do the trophy presentation photo-op.

Henrik Stenson, who finished second, fires away on the 16th hole.

Walk On The Beach

Louis Oosthuizen and Tiger walk along the 7th hole.

Tiger plays from a trouble spot on the 18th hole.

Hideki shoots from the bunker on the third hole.

Hideki With a Chip Shot

The champ chips it on to the 16th green.

Tiger is totally focused on his ball as he hits from a bunker on the 5th hole.

Jordan Spieth tees off on the 13th hole.

Dustin Johnson hits his second shot on the 16th hole.

Rickie Fowler plays a flop shot on the 12th hole.

Bookend Photos: From a Shoulder in Defeat to a Hug For Victory