We’ve now reached that point in the year at which the mention of the PGA Tour’s playoffs inevitably spurs someone to do their best Jim Mora impersonation.

“Playoffs? Are you kidding me? Playoffs?” 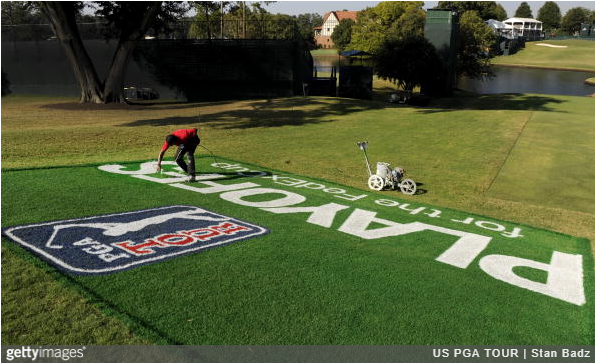 Fair to say we’ll never know what Bobby Jones and Ben Hogan might have thought of a playoff structure. Hogan, for one, might have had a few terse words.

But the concept seems to have grown on the current membership, including a couple of highly enthusiastic winners the past two years. Young guys named Spieth and McIlroy.

It’s not on the level of major championship, but if major winners can get pumped about the FedExCup postseason, it’s a good sign.

And so it begins at The Northern Trust, which shouldn’t be confused with the old Northern Trust Open. East Coast, West Coast. This one used to be The Barclays, which… never mind. Let’s get to the week’s 10 top storylines.

By way of FedExCup refresher, points are quadrupled for the first three playoff events from their regular-season values. That means whoever wins The Northern Trust almost certainly will vault into the top five – even No.125 J.J. Henry. 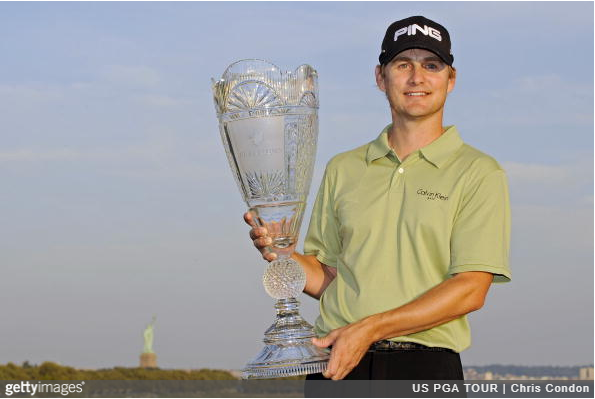 Hey, it’s not entirely unprecedented. Heath Slocum’s victory in the 2009 playoff opener – by a stroke over a quartet that included Tiger Woods, Ernie Els and Padraig Harrington – catapulted him from No.124 on the list all the way to third.

Slocum wound up eighth in that season’s final points tally.

More often than not, capturing one of the first three playoff events guarantees the winner a top-5 spot heading into the Tour Championship finale. That’s important because they’ll require no help capturing the $10 million FedExCup spoils if they win at East Lake.

Even a runner-up finish brings a lucrative points payoff. Last year, Sean O’Hair’s tie for second moved him from No.108 in the points race to 15th.

The playoff roster gets trimmed to 100 after this stage, meaning one in every five entrants will end their season at Glen Oaks Club. 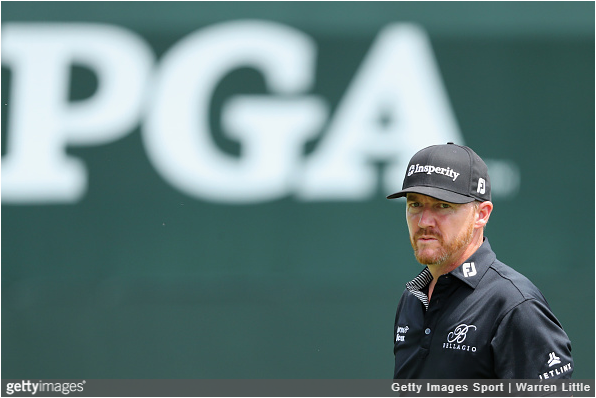 This week’s bubble quartet: No.99 Robert Garrigus and No.100 Seung-Yul Noh are in, No.101 Jimmy Walker and No.102 Scott Stallings are out. They find themselves separated by just 10 points.

In fact, it’s just a 23-point spread encompassing Noh at No.100 and the next eight players chasing him. Remember, points are quadrupled now.

Typically, a half-dozen players each year manage to climb into the top 100 with their performance at the playoff opener. And because of the ballooning points, players as high as No.85 this week could be vulnerable to dropping out.

When last we saw Rory McIlroy, he departed the PGA Championship unsure whether he was going to attempt a FedExCup title defense. 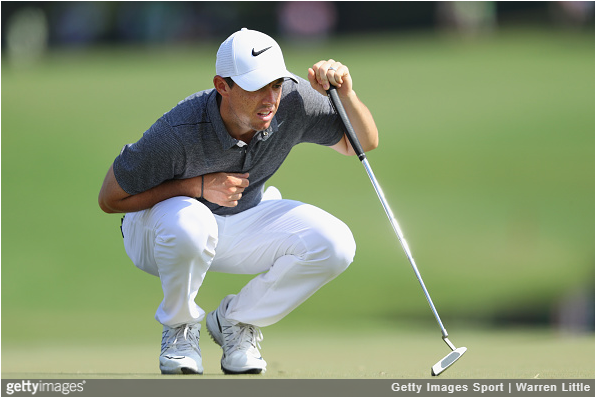 The attempt is on, at least for a week. After giving his medical team back in Northern Ireland a chance to examine his balky rib-cage muscle, McIlroy put his name into the lineup and headed back across the ocean.

Presuming it doesn’t get any worse, he’s expected to remain for the long haul.

It’s the same injury that has plagued McIlroy nearly all of 2017, starting with a six-week layoff that took him out of planned starts in Abu Dhabi and Dubai. He also didn’t tee it up between the Masters and The Players Championship.

At Quail Hollow, he remarked to reporters that the muscle was spasming even as he was taking their questions.

Justin Thomas will tee it up for the first time since his closing flourish at Quail Hollow opened the door to become the game’s newest major champion.

Now we’ll see what kind of springboard it provides. 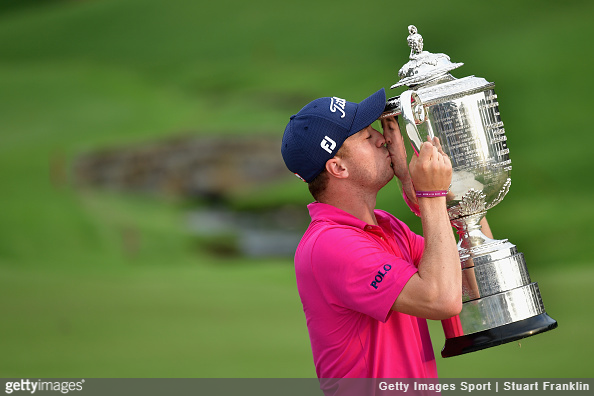 The Kentucky native has shown that when he gets on a roll, he can be tough to stop. Five of his last six starts of calendar year 2016 were top-8 endeavors, including a successful title defense in Malaysia.

Then he became just the second man to sweep the tour’s Hawaiian fortnight, including a record-shattering week at the Sony Open that began with a 59.

Before Quail Hollow, though, Thomas hadn’t posted a top-10 finish since his 63 at Erin Hills left him with a share of ninth at the U.S. Open.

Glen Oaks Club wasn’t necessarily courting a PGA Tour event when members approved major renovations six years ago. But when the tour needed someone to take Liberty National’s place as 2017 host, the Long Island club was available and willing. 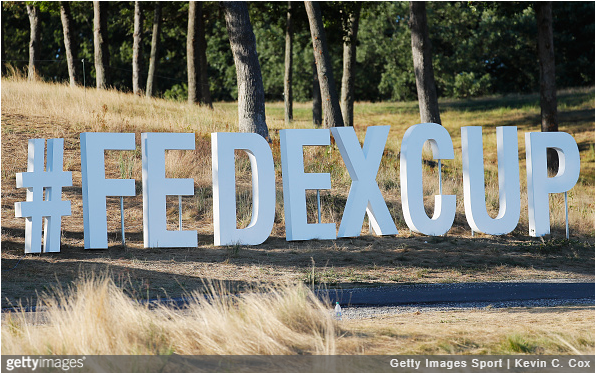 The Northern Trust has a rota of greater New York courses, with Liberty National set as host until it was awarded next month’s Presidents Cup. Rather than move everyone up a year, the tour sought a one-off replacement.

Glen Oaks Club dates back to 1924, founded on land carved out of the William K. Vanderbilt estate. It moved to its present site in the late 1960s, where Joe Finger was hired to design three nine-hole loops.

Things remained largely unchanged until 2011, when the club approved the upgrades and lured Craig Currier from Bethpage State Park to oversee the project. The PGA Tour came calling in 2015.

Thirteen men now remain who have qualified for the postseason in all 11 years of its existence, including a pair of former FedExCup champions – Bill Haas (2011) and Brandt Snedeker (2012). 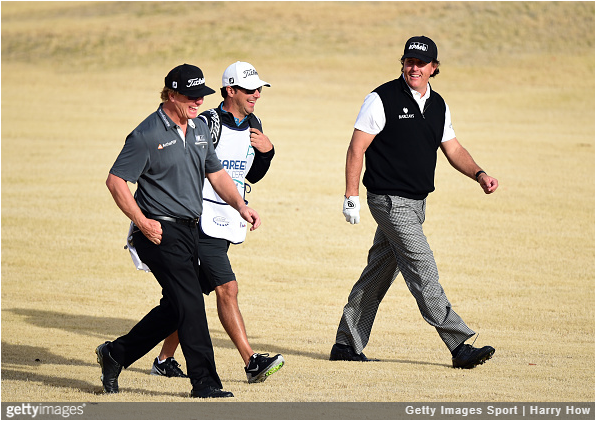 The others: Phil Mickelson, Matt Kuchar, Luke Donald, Sergio Garcia, Adam Scott, Charley Hoffman, Justin Rose, Bubba Watson, Zach Johnson, Ryan Moore and Charles Howell III. Of those, Moore and Howell are the only ones who haven’t had a final top-5 finish in that span.

Three men dropped out, most notably Jim Furyk. The 2010 FedExCup champ notched only one top-10 finish in 2017 and didn’t enter the Wyndham Championship even at No.156 on the FedExCup list.

Also missing for the first time are John Senden, who stepped away from the tour in April after his young son was diagnosed with a brain tumor, and Jerry Kelly as he chooses to focus on the PGA Tour Champions.

Of course, being perfect in qualifying for the FedExCup playoffs doesn’t necessarily mean you play them all. In fact, no one has.

Three of those 13 aforementioned players, in fact, will not be at Glen Oaks Club this week.

Snedeker has shut down his season in hopes of getting his own nagging rib injury to properly heal. Scott will sit out the first two playoff events as he welcomes his second child into the world. 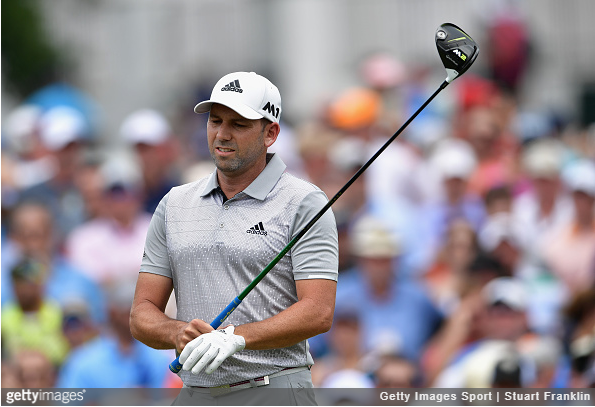 Garcia, meantime, is skipping the playoffs opener for the third straight year. It hasn’t exactly worked well either time, failing to get to East Lake in each case. At No.22 on the chart, though, he might be in safer position now.

Scott, on the other hand, may not get to resume his season. At No.66 in the standings, he can’t lose more than four spots between now and Labor Day.

Think Zac Blair wouldn’t have liked to trade spots with Scott or Snedeker? Someone has to finish 126th, and this time it was the Utah native – 1.13 points behind Henry. 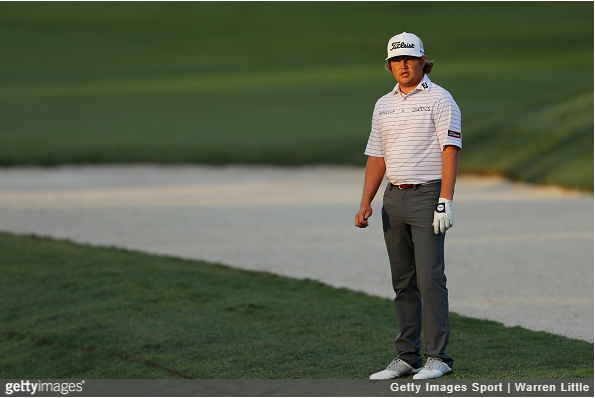 Of course, Blair could have helped his cause by not missing the Saturday cut. After opening rounds of 69-68, Blair followed with a 73 on a course that was yielding birdies in bunches.

Eleven PGA Tour rookies will tee it up at Glen Oaks, matching a playoff high. The official count is a record dozen rookies who qualified, but Dominic Bozzelli will sit out with an undisclosed injury. 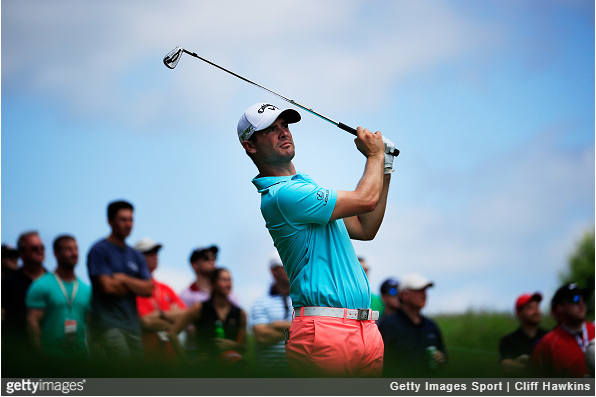 Bryan has the best starting position at 27th in the standings, with Schauffele at No.33 and Hughes at No.34. At least one rookie has advanced to East Lake every year, but last year was the first with multiple rookies – Emiliano Grillo and Si Woo Kim.

While the playoffs begin at Glen Oaks, the Web.com Tour’s regular season comes to an end in Oregon – with Sunday locking in the first 25 players to earn promotion to the big leagues for the upcoming season. 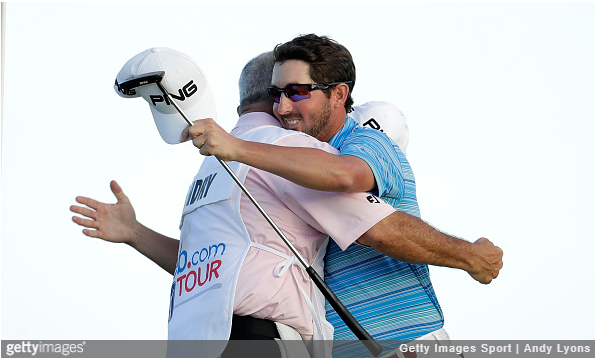 Andrew Landry, a surprise member of the final group at last year’s U.S. Open, holds down the No.1 spot with $286,582 in earnings. The money leader gets an automatic berth in The Players Championship next year and a higher priority category for tournament entry.

Beau Hossler, who began 2017 with no status but now has two runner-up finishes, is the bubble man at No.25. He’s trailed by veteran Rob Oppenheim and Martin Piller – a winner three weeks ago in California who sat out last week to see wife Gerina play for the winning U.S. Solheim Cup squad.