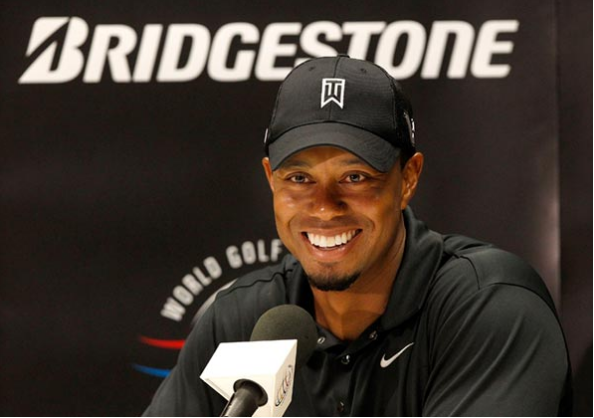 Tiger Woods signed a multi-year deal with Bridgestone Golf last week to exclusively play and promote its golf ball. The deal is reportedly worth somewhere around $2 million per year.

“After extensive testing I have chosen the best ball for my game,” said Woods in a press release. “This ball is reacting identical with how I want to play. For me, that’s fun.”

Is your golf ball giving you the performance you demand?! @tigerwoods new ball is! Switch to Bridgestone and feel what's it's like to have an advantage over the competition. #BestBallEver #MondayMotivation #Golf

Here are 10 things to know, related to this big-league golf deal.

1. Tiger will play the Bridgestone B330-S golf ball – which retail for about $35 per dozen at Amazon.

2. Tiger tested every ball on the market before deciding on the Bridgestone golf ball, per a statement from Mark Steinberg, Tiger’s longtime agent.

3. The deal is worth about 2-3 times less than what Tiger would have gotten in his prime, according to Bob Dorfman of Baker Street Advertising.

4. Tiger has reported that he’s gained about 6 yards off the tee with his new Bridgestone golf ball. “I’m longer than I’ve ever been. I’m about 6 yards longer,” Woods stated. “I was shocked at how stable the ball is. The accuracy and aerodynamics are incredible.”

5. Woods first played the B330-S at the Hero World Challenge prior to his agreement.

6. Bridgestone, known for its tire manufacturing, has been making golf balls since 1935 when it decided to leverage its rubber science and engineering in the golf marketplace.

7. Bridgestone is the #3 golf ball brand in the world, behind Titleist and Callaway, according to Datatech.

8. Per the agreement, Bridgestone will feature Tiger in digital, social, print and broadcast marketing efforts, globally.

10. About 200 million golf balls are sold each year in the U.S. market alone.