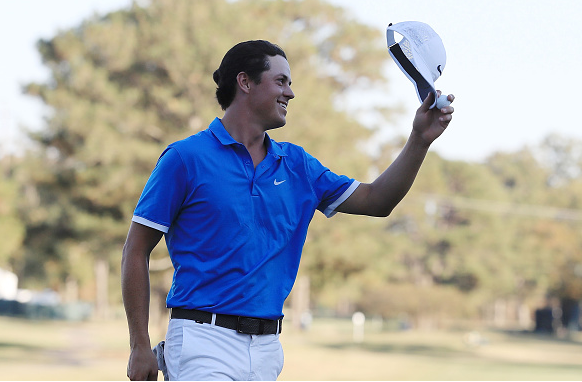 In only his second start as a PGA Tour rookie, Cody Gribble won his first Tour event at the Sanderson Farms Championship in Jackson, Mississippi. With the win, the former college teammate of Jordan Spieth takes home over $750K and 300 FedEx Cup points.

Coupled with his T8 at the Safeway Open, Gribble finds himself in the 4th position overall in the FedEx Cup race.

Here’s a look at the final standings, along with money and points earned.