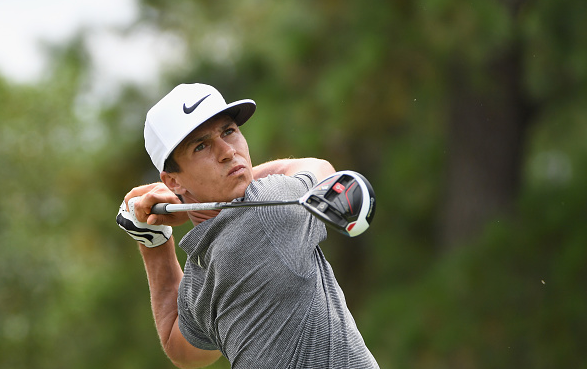 Thorbjorn Olesen of Denmark, and Kevin Kisner, fired matching 4-under 67s at Quail Hollow Club on Thursday, and are tied for the lead at the PGA Championship after round one.

Consistency. Both Kisner and Oleson played each nine at Quail Hollow to 2-under with three birdies and a bogey going out and the exact same coming in.

Oleson is an unknown to many American golf fans, but he is no slouch. The talented 27-year old Dane, who is listed at No. 78 in the world, is a much better player than his world ranking reflects. He was a three-time winner on the European Tour at just 23, reaching the world ranking of 33 following a T6 at the 2013 Masters. 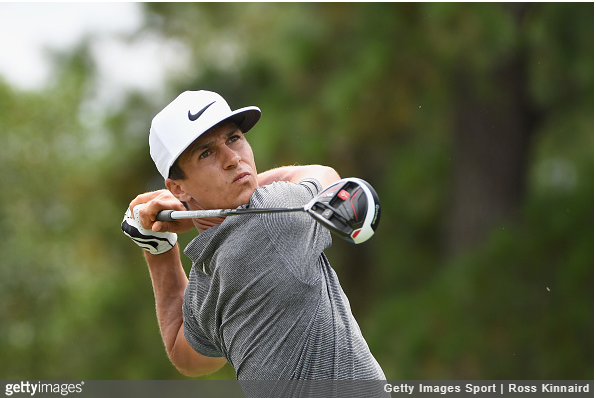 Oleson then went into a slump for several years, and only recently bounced out of it, highlighted by his long sought after fourth win at the Turkish Airlines Open last fall.

Over the past couple of months, Olesen has posted two Top 5s (T4 Nordea Masters and T3 French Open) along with a Top 10 at last week’s WGC Bridgestone Invitational.

Kisner is a more known quantity to golf fans, as the Tour veteran is in the midst of a career year. The fiery 33-year-old has recorded a win in each of the past two seasons, most recently at Colonial, where he held off a couple of young guys named Spieth and Rahm.

4. Who’s In The Hunt at Quail Hollow?

There is a logjam atop the leaderboard with Brooks Koepka leading a group of five players tied for third at 3-under. Another seven players are at 2-under, headlined by Paul Casey, Rickie Fowler, and Patrick Reed.

6. How Are The Big Names Doing?

A look at the World Top 15 and where they stand…

Jimmy Walker, the defending champion, has struggled this season following a diagnosis of Lyme Disease, so the expectations for the 38-year old were quite low. But, still, NO ONE expected him to shoot an 81. Walker started with a bogey on each of his first two holes and never recovered. 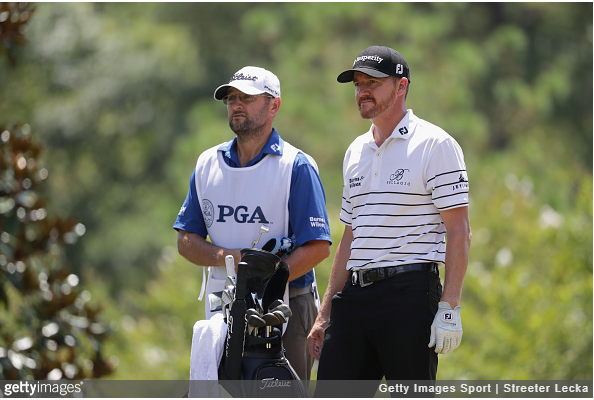 Phil Mickelson appears to be on his way to his second straight missed cut in a major following a birdie-free round of 8-over 79.

Also, Thomas Pieters is an enigma. So talented yet so inconsistent. Last week he was world-class terrific at the WGC-Bridgestone Invitational, leading for much of the tournament, eventually finishing solo 4th (65-70-66-71). Today he posted an 8-over 79. Bubba Watson shot a 6-over 77, but at this point I’m not sure if that qualifies as surprising.

Chris Stroud had plans to be home in Houston, Texas right now, relaxing with his wife and two daughters. But after winning his first PGA Tour title (on his 290th start) on Sunday night at the Barracuda Championship, the 35-year old finds himself in North Carolina this week, and in a tie for third place following a first-round 68.

PGA club pros Stuart Deane (Arlington, Texas) and David Muttitt (Albuquerque, New Mexico) earned the final two spots into the 2017 PGA Championship via a playoff at the PGA Professional Championship back in late June. The two earned another distinction today by posting matching 84s for the high rounds of the day.

The easiest hole was the 15th, a par-5 that was playing to 577 yards. The average score was 4.624 and included 5 eagles, 53 birdies, and 74 pars. Only 8 players made bogey, while just one (hello, Padraig Harrington) made double.