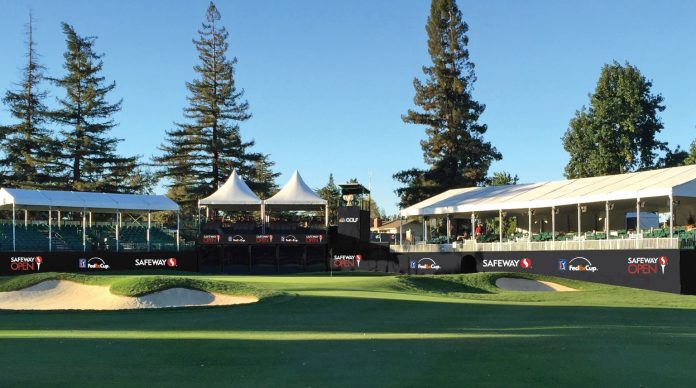 If the last two weeks have taught us anything, it is that the state of American golf should not be a worry of anyone.

The 2017 PGA Tour season ended about as thrilling as it possibly could, with 23-year-old presumptive Rookie of the Year Xander Schauffele displaying the unflappable demeanor of a 20-year vet in winning the Tour Championship. 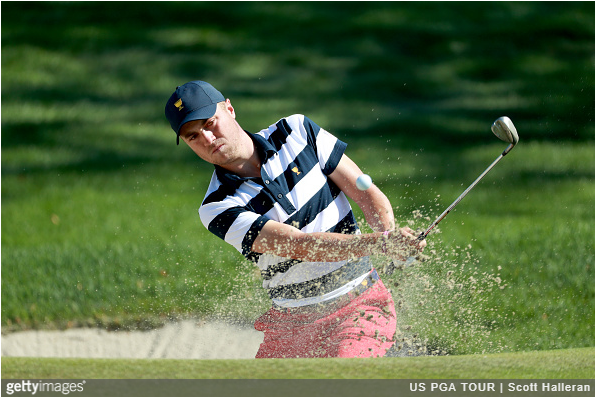 The precocious Schauffele was not the only big winner that day either: finishing runner-up at East Lake, the breakthrough season of 24-year-old presumptive PGA Tour Player of the Year Justin Thomas concluded with a FedExCup Championship, the most lucrative prize in professional sports.

Thomas’ FedExCup trophy and $10 million check signify that over the course of the previous 12 months, he was unequivocally the best player on the PGA Tour.

In the week following the Schauffele/Thomas triumph, a 12-man American team that was undoubtedly exhausted after the incredibly hectic four weeks of the FedExCup Playoffs, absolutely obliterated their Presidents Cup competition, showing off an immaculate squad with seemingly no weak links in an enormous blowout win against what was allegedly the planet’s best international talent.

This week, it all starts again. Everyone’s odometer gets spun back to zero, and a whole new FedExCup season tees off at the Safeway Open in Napa, California.

Most of the elites will be taking a much-deserved rest, but while Jordan, JT, DT, Rickie, Rory, etc will all be elsewhere, the field still contains some impressive names, such as Phil Mickelson, Tony Finau, Webb Simpson, and Zach Johnson, among others.

As many players have discovered in recent years, these fall series events can be a springboard to greater things. 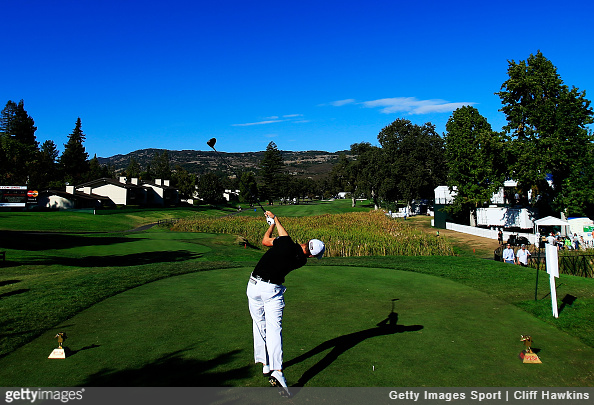 The inaugural 2007 event was won by former Masters Champion Mike Weir, and other notable winners in the Safeway’s 10 year history include Rocco Mediate, Jimmy Walker, and Emiliano Grillo.

The course venue itself, the North Course at the Silverado Resort & Spa, is among the many prides of legendary course designer Robert Trent Jones Jr.

Prior to becoming the home of the Safeway, Silverado North held another PGA Tour event from 1968-1980, the Kaiser International Open, which later became the Anheuser-Busch Golf Classic.

The defending champion of the Safeway Open is Brendan Steele. The then 33-year-old won his second career PGA Tour title with birdies on his final three holes at Silverado, allowing him to finish a single stroke ahead of 54-hole leader Patton Kizzire. 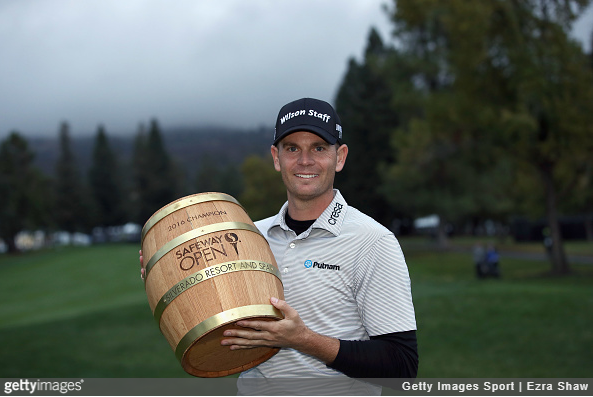 Giving him 500 FedExCup points right off the bat, Steele was able to reach the BMW Championship, the third leg of the FedExCup Playoffs.

Most 47-year-olds would take a week to rest immediately after a heavy workload at a high-pressure event like the Presidents Cup, especially when that event comes directly after the FedExCup Playoffs. But Phil Mickelson is not most 47-year-olds. 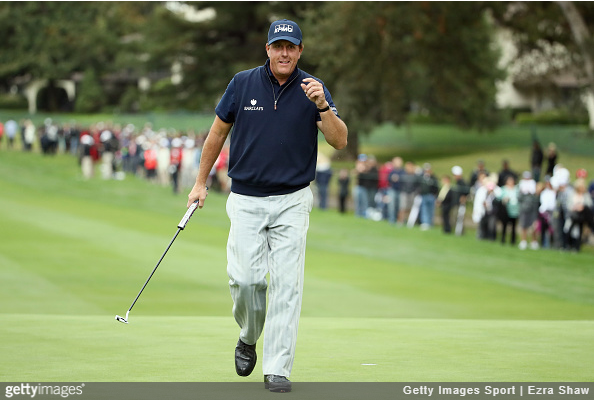 He will be taking considerable time off soon, but the Californian cannot resist an event in Napa.

Phil was not just a Presidents Cup participant, as the veteran of 12 Presidents Cups played phenomenally, tallying a 3-0-1 record, including a thorough thumping of Adam Hadwin in the second-to-last match for the victorious American side in Sunday singles.

It may not count as an official win on the career record of the man who still is still listed as winless since the 2013 Open Championship, but he will consider it a big triumph nonetheless.

Most likely, this will be the last time we see Mickelson when the calendar shows “2017”.

Last year, he played the Safeway, and played it well, finishing T8, but then did not tee it up again until the CareerBuilder Challenge in late January.

In a sense, this tournament represents an ending and a beginning for the 42-time PGA Tour Champion.

His T8 last year began an up-and-down season for Phil, who finished in the top 25 in 13 of 22 events and only missed two cuts, but was irrelevant in the major season (2 missed cuts, a DNS, and a T22), and saw his game drop off precipitously after his shocking mid-season break-up with long-time caddie Jim ‘Bones’ Mackay.

With a recent T6 at the Dell Technologies Championship, the second leg of the FedExCup Playoffs, and his Presidents Cup success, Phil should be feeling good about his game, and should be extra motivated to get the new season off to another great start.

With all the intriguing storylines at the thrilling FedExCup Playoffs, one that went largely overlooked: Tony Finau was really, really good. 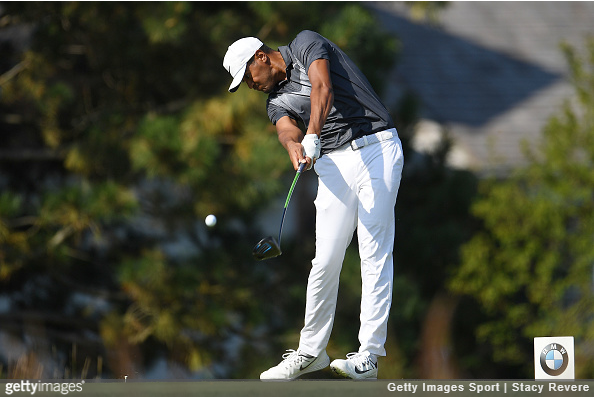 The 28-year-old bomber played himself into the Tour Championship with a T7 at the BMW Championship, a tournament that included a final round 64 and one of the greatest putting performances we saw from anyone all season.

Finau then followed up his great finish in Chicago with another T7, this one at the Tour Championship. It was a fitting end to a season where he earned nearly $3 million.

Finau has quietly been rounding into one of the best all-around players on Tour. In this past season, he finished No. 4 on Tour in strokes gained: off-the-tee, 17th in Greens in Regulation, and showed during that playoffs that he can putt too.

He burst onto the scene when he contended at the 2015 PGA Championship, and thanks to his BMW heroics, he has a spot at all four majors this season, a season that starts this week at Silverado.

The 270 shot by 2016-17 Safeway winner Brendan Steele was the lowest from anyone since the tournament moved to Silverado permanently. 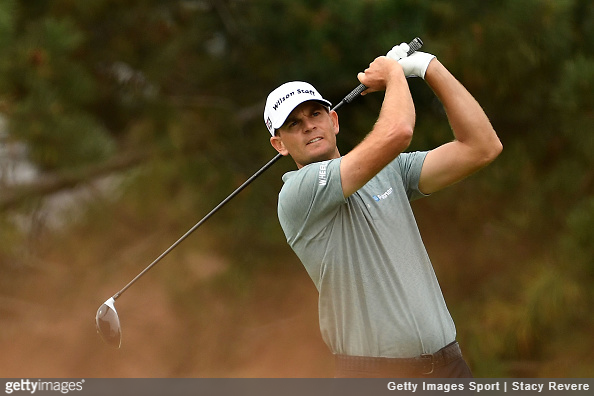 It was a tremendous start to the season, which helped catalyze a stretch where Steele finished in the top 6 in three of his first five tournaments, and top 20 in five of his first seven.

He accumulated enough points to make it all the way to the BMW Championship, the third leg of the FedExCup Playoffs, and very nearly enough to make the Tour Championship.

Unfortunately for Steele, the ending of his season was diametrically opposed to how he started it, as he had just one top 40 in his last seven events (a T24), missed four cuts in that span, and actually played his way out of the Tour Championship, having been in the top 30 going into the BMW Championship.

Last year’s win should give him enormous confidence this week, but no one is quite sure where his game currently is. The 34-year-old has 24 bogeys over his last two tournaments and has been a disaster around the greens.

STORYLINE 4: BAE IS BACK

One player International Presidents Cup Captain Nick Price probably wishes he had had at his disposal is the very talented Sangmoon Bae of South Korea. 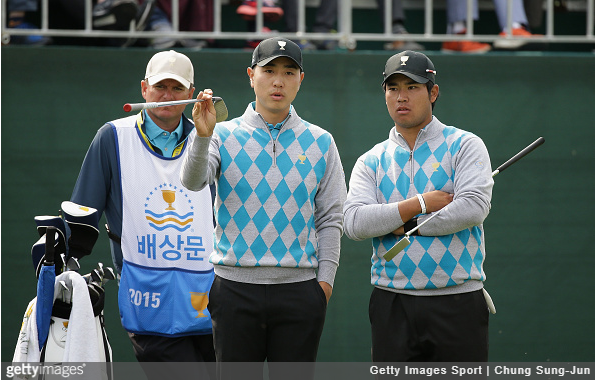 Technically Bae, the winner of the 2014 Safeway Open, could have been chosen, but after having missed the last two seasons, he is ranked 1914th in the world, which would have been extremely difficult to justify.

Bae is healthy, presumably, but the reason he missed the past two years was due to mandatory military service in South Korea. He appealed for a waiver, arguing that being an American resident should make him exempt, but it was denied.

Now, Bae will be making his first PGA Tour appearance since the layoff. When we last saw Bae, in 2015, he had his best season as a pro, earning $2.6 million in a 30-start season where he had the Safeway win among five top-10s.

It may be too much to expect a return to 2015 form this week, but at a course he has had success before, Silverado is a great place to begin his comeback.

The Safeway Open will mark the professional PGA debut of former No. 1 ranked amateur Maverick McNealy, who made big news when he chose golf over a likely prolific career in the business world (his father is the co-founder of a large company), a decision he reportedly agonized over. 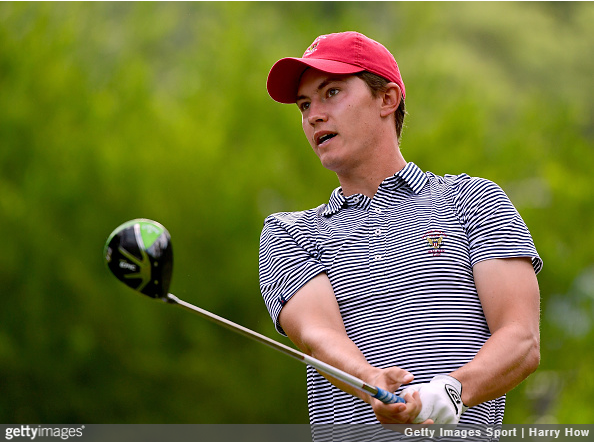 The 21-year-old McNealy was a very decorated amateur player, but has not made a splash in a very limited sample of professional events, which he played in as an amateur.

One player who was likely sad to see the 2017 season come to an end is 2012 U.S. Open Champion Webb Simpson, who was in the hottest part of his best season in four years. 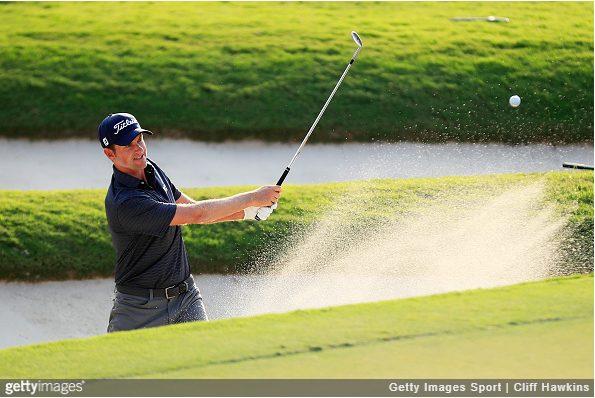 In his last five events of the season, the 32-year-old Simpson had three top-10s and a T13, with two of those top 10s coming in FedExCup Playoff events.

Simpson missed the cut last year at Silverado, but in his current form, he is still one of the best bets in the field.

Hadwin is one of just three Presidents Cup participants in the Safeway field (Phil Mickelson, Emiliano Grillo), but is the only one to have played in the Presidents Cup AND all four FedExCup playoff events. 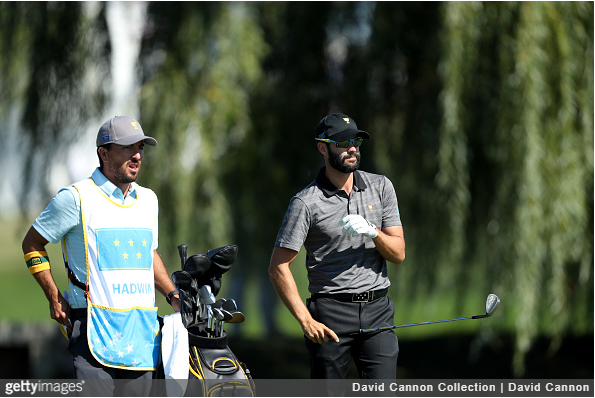 If he is able to fight off the fatigue, he is an interesting player to watch as he has shown a few recent signs of breaking from a bad second-half slump, with a T5 at the WGC-Bridgestone Invitational and a T13 at the Dell Technologies Championship.

He played poorly last week at Liberty National, compiling a 0-1-2 record for the losing International squad.

The young Argentinian won the Safeway Open just two years ago, an especially impressive victory considering it was his PGA professional debut. 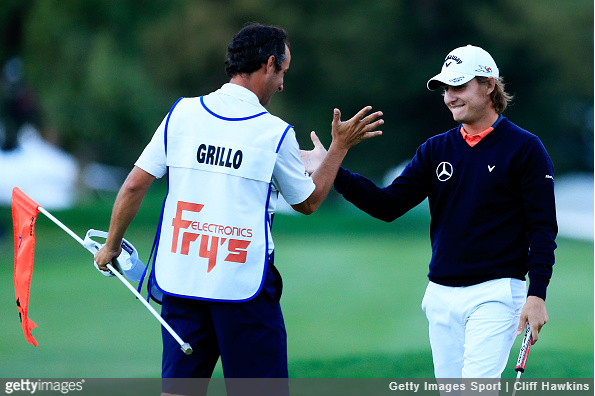 Grillo was nowhere near as impressive in his defense, finishing T26 to start a season where he compiled just two top 10 finishes.

He played well tee-to-green in 2017, but struggled on and around the greens. In his most recent action, he was obliterated 6&4 by Rickie Fowler on Sunday at the Presidents Cup, but fortunately for Grillo, Fowler is taking the week off.

Now 51 years old, the two-time major winner Daly is very unlikely to factor into the Safeway Open story, but as always, he is one of the biggest draws in the field. 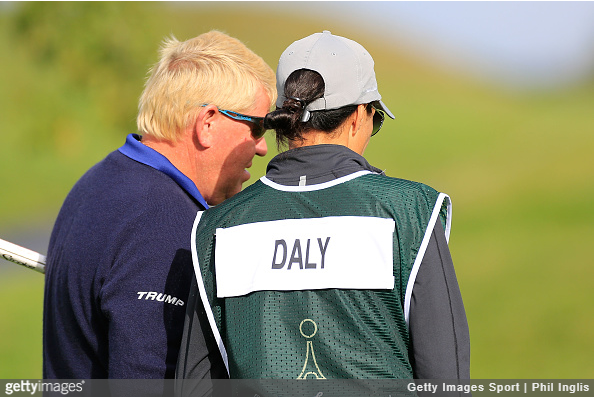 He did notch a victory on the Champions Tour this past year, but has not been in the mix at a PGA tournament for a long time.

The 2017 season was surprisingly up-and-down for the usually consistent Zach Johnson. The 41-year-old two-time major champion was mostly terrible from January-June, got hot for a three-tournament stretch during the summer (T5, T14, 2), and then struggled again in the FedExCup Playoffs. 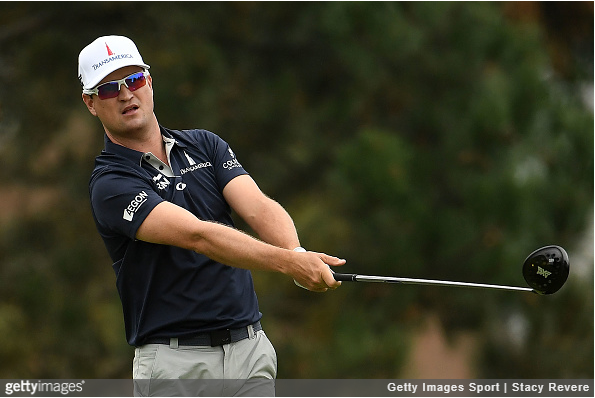 This will be the Safeway Open debut for the Tour vet, who usually waits another week to start his season. 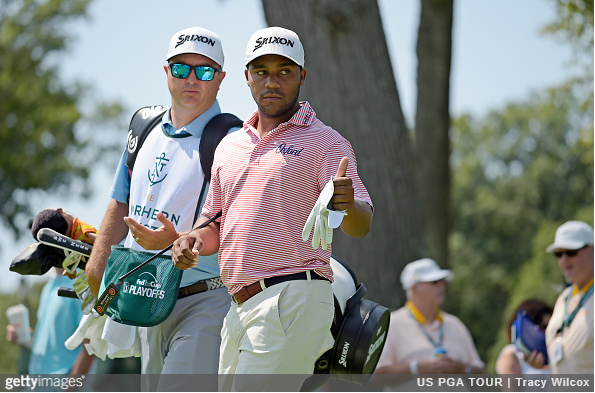 He was unable to make it three in a row, but it was an extremely encouraging conclusion to an otherwise pedestrian season.