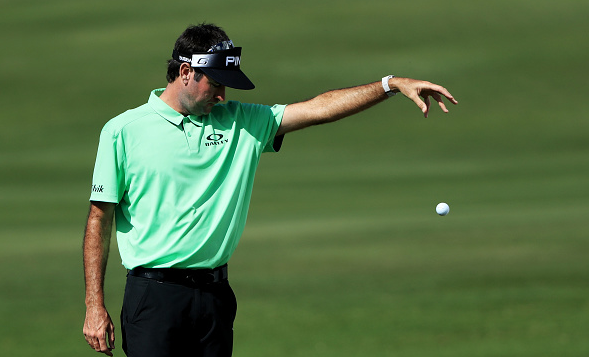 The opening round of the SBS Tournament of Champions from beautiful Kapalua delivered golf fans a mix of greatness, surprise, and a little disappointment.

We saw Jimmy Walker live up to his reputation as a big game player in Hawaii, while also witnessing the continued mediocre play of Jordan Spieth and Bubba Watson.

All three are included in our first installment of Three Up/Three Down.

Walker again flashed the early season form we have come to expect from him in recent years. In 2016, he finished inside the top-15 in all three January events he entered. It appears he is at it again in 2017, as he led the field in Strokes Gained: Putting, Greens in Regulation (17/18), and Putts per GIR.

The surprise winner of the 2016 Shell Houston Open, Herman was not talked about much (if at all) going into this week, but after birdies on four of his first seven holes, it looks like he should have been. The 39-year-old did not have a single top-20 following his breakthrough April victory in Texas, but he seems to have re-discovered his best stuff in Maui – at least early on.

Gomez does not receive as much press as fellow Argentinian Emilano Grillo, but the winner of the 2016 Sony Open shot a 3-under 70 that tied him with Tour stars Jason Day and Patrick Reed.

As the 2015 Player of the Year and two-time major winner, Spieth obliterated the field last year at Kapalua on his way to an eight-shot triumph. But the 23-year-old superstar appeared to leave his best stuff back at home in Texas as he struggled to a 1-under 72, which was better than only five players in the field.

Watson, the Ryder Cup assistant captain, also failed to meet expectations – despite the buzz of playing a new ball. The two time Masters winner finished just 1-under on his round.