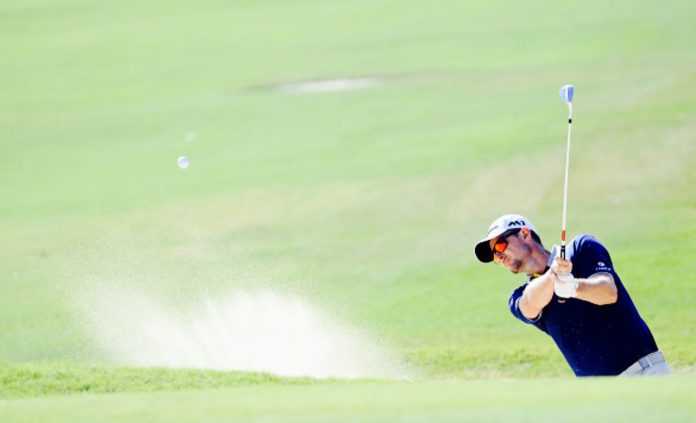 The first round of the Sony Open did not disappoint – 35 players finished at 4-under or better for the day, but none better than Justin Thomas’s round.

Thomas has been on an absolute tear this season.

The 23-year-old Kentucky native has already racked up wins at the CIMB Classic and the SBS Tournament of Champions this season.

Oh, and he has a 3-shot lead heading into the second round.

Here are the three best shots from the opening round at Waialae Country Club.

Thomas stepped up to the last needing an eagle to shoot 59, and he delivered. For the day, Thomas recorded the seventh 59 in PGA Tour history while being the youngest to do so. Thomas recorded 8 birdies, 2 eagles and a bogey in his opening round.

Justin Rose Holes Out From The Bunker

The Olympic Gold Medalist, Justin Rose, hit his approach shot on 12 into the green-side bunker, where he proceeded to hole-out for birdie. Rose, who is playing in his first event of the 2016-2017 season, currently sits at 4-under after Round 1.

Hudson Swafford Birdies From Off The Green

Anyways back to golf …

Never a doubt with Hudson Swafford from off the green. #QuickHits pic.twitter.com/HEZZ1t4TaN

Swafford made the turn at 2-under-par but turned it up on the backnine by making 6 birdies, including one from just off the green at the 8th. Swafford ended up carding an opening-round 62 which currently puts him in 2nd alone, three back of Thomas.