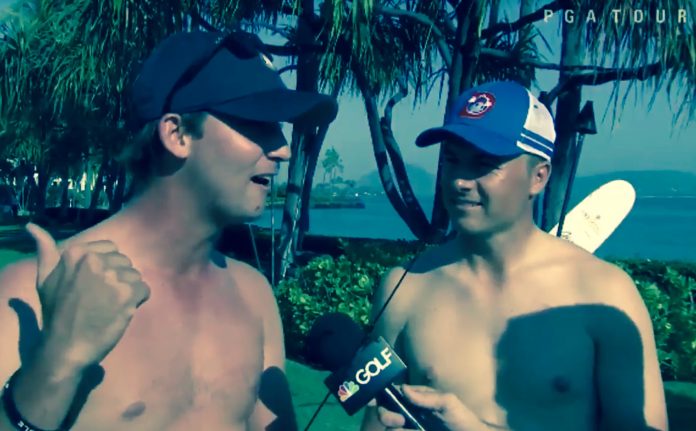 Smylie Kaufman and Jordan Spieth are making the most out of their trip to Hawaii. Earlier today, Kaufman ended up carding a 1-under 69 while Spieth finds himself 5 shots back at 6-under.

The fun really started after their rounds when they decided to take a kayak out and fish, right next to the course.

And there they go …

Off into the sunset ? pic.twitter.com/nPiKjZs4OC

Maybe Smylie needs some lessons on how to cast before they try to catch some fish.

Let's check in on Smylie … pic.twitter.com/aqCLCxi70i

Smylie and Jordan took some time for a quick interview with Todd Lewis to talk about their #SBK2k16 member Justin Thomas, who carded the PGA Tour’s seventh 59.