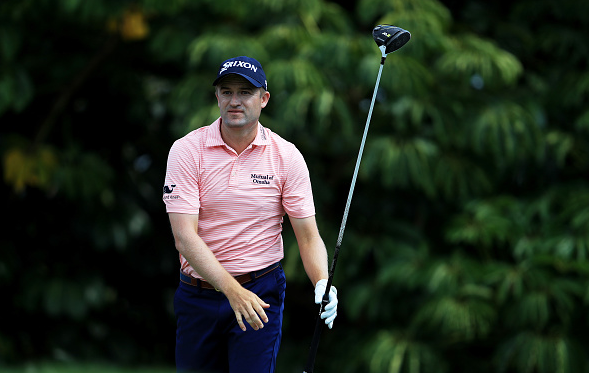 The third round of the Sony Open is in the books and Justin Thomas increased his five shot lead to seven shots – thanks to a 5-under 65.

The 23-year-old Thomas is playing some of the best golf of his life and he doesn’t appear to be slowing down.

Zach Johnson is trailing Thomas by seven shots after following up his 2nd round 61 with a 65. Johnson will be playing alongside Thomas in the final group but will most likely be watching Thomas cruise to victory.

Meanwhile, Justin Rose, Gary Woodland and Hudson Swafford are all eight shots back at 14-under.

To wrap it up, here are the three best shots from Round 3.

After a sluggish front nine of 1-over-par, Herman turned it on during the back nine. Herman ended his 3rd round in style by holing out for eagle at the par-5 18th.

The Cincinnati alum is 10-under for the tournament, which is tied for 16th – 12 shots back of Thomas’s lead.

Saving the best for last? Absolutely.

The South Carolina native, Kisner, nearly provided the second 59 of the week. Kisner stepped up to the par-5 9th needing an eagle to join elite company.

After putting his tee shot in the middle of the fairway, Kisner dialed in his approach shot to inside 10 feet to give himself a chance at history.

Unfortunately, Kisner missed the putt and went on to card a 10-under round of 60.

That's what Kevin Kisner has left for a 59. #QuickHits pic.twitter.com/S3v8RylInx

The 19th ranked player in the world, Knox, hit a stellar approach shot into the par-4 8th hole to within inches. Knox, who is currently at 13-under, followed up his birdie at the 8th with an eagle on 9.

However, 13-under is currently nine shots back of Thomas’s lead, so barring a miracle, Knox looks to be out of contention.