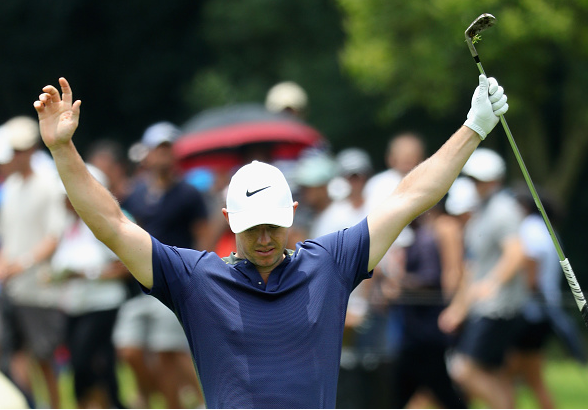 Rory McIlroy played in the Euro Tour’s BMW SA Open at Glendower this weekend, where he lost in a playoff to Graeme Storm.

But it was the world #2 Rory who put on the laser show for the fans.

Such as this “marvelous” (announcer’s words, not mine) hole-out eagle on the 7th – which moved him to -12 at the time.