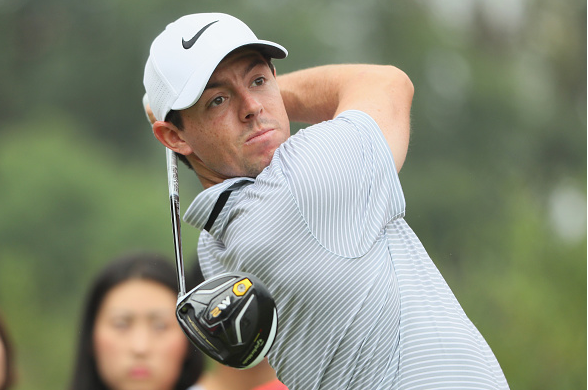 Rory McIlroy, coming off his successful FedEx Cup playoff run, which included wins in Boston and at East Lake, took questions from the press prior to Round One of the WGC-HSBC Champions in Shanghai, China.

The 2016 FedEx Cup Champion discussed the “tsunami” of money his caddie received following his Tour Championship win, along with his “freedom” from Nike, and his focus on the “16 majors” that take place between now and the next Olympics in Tokyo.

PRESS: First of all, I remember Brandt Snedeker calling the bank the next day after THE TOUR Championship to see if his money had been deposited. Even a man of your accomplishments, did you bother to do such a thing or did you just trust it was there?

McILROY: I knew it was there when JP, my caddie gave me a text and said thanks, and I think his words were, “A tsunami just hit my bank account, so thank you very much.” JP got a nice percentage of that, so I knew at that point it was already there.

PRESS: We saw a lot of changes in your golf bag this year. Your putter, you changed from a blade putter to a mallet; what is the difference that’s made and with Nike, what’s going on with the rest of your bag?

McILROY: Yeah, I think I probably, when I changed putter, it was more I putting well at that moment and I probably could have put anything in the bag and it sort of would have worked. It’s more to do with what I’ve been trying to do with my stroke and technically.

But yeah, I went to a mallet putter because I felt with my tendency with the putter, it was to miss it left and blade would close. The mallet, it helps you it try to keep the clubface square at impact for longer. So that’s the reason that I went to that.

And yeah, the Nike announcement, it was good and bad. I felt bad for a lot of the employees that put so much time and effort into building really good golf clubs. They really were. I think that from when I signed in 2013 to the improvements that they made year-in, year-out, until this year, were really good. I mean, I’ve had a lot of success with the clubs that I’ve played with Nike. So I felt bad in one way.

But in another, it’s given me a little bit of freedom to see what else is out there. I’m trying out a couple of things this week. It definitely doesn’t mean that it’s permanent, but it gives me the freedom to go at the end of the year and try some stuff out and be in the position where I can use whatever in my golf bag that fits me 100 percent the best.

I felt like this week, after some of the practice I did last week in Dubai with a few different clubs, I would give it a go this week and see how it goes.

PRESS: So when you were up top waiting, you probably saw the Silver Medal, the Olympic Silver Medal from Henrik, and also we’re not sure if during The Ryder Cup Justin had showed you the Gold Medal, but would that be a sting for you, as well, for not participating in the 2016 Rio Olympics and for the upcoming 2020 in Tokyo, would you have any plans to go in and participate in that Olympics?

McILROY: Tough questions. Does it sting? I think it doesn’t — when I see players or peers achieve something that I haven’t achieved, yes, of course that stings a little bit.

But the participation in the Olympics for me, it’s just a little more complicated I feel for me than some other people from where I’m from and the whole politics of the thing. It’s a difficult subject for me.

But I thought if anything, I was really happy with how golf went in the Olympics. I turned it on in the final afternoon and to see how many people were out following and the atmosphere of it I guess, you could sense an atmosphere in the crowd. It was fantastic for golf, and to have two of our best players in the world battling it out for a Gold Medal, it was great for the game. It really was.

I was really happy with how it went. I was delighted of how well it went and honestly, I was happy to be watching on TV. I was happy for those guys. I was happy it was going so well.

Four years’ time is a long ways away, so we’ll see what happens. Right now, I’ll concentrate on the 16 majors that we have between now and then and try to get a few more of those and go from there.

Sunday at The 150th Open: Anyone But Rory McIlroy!