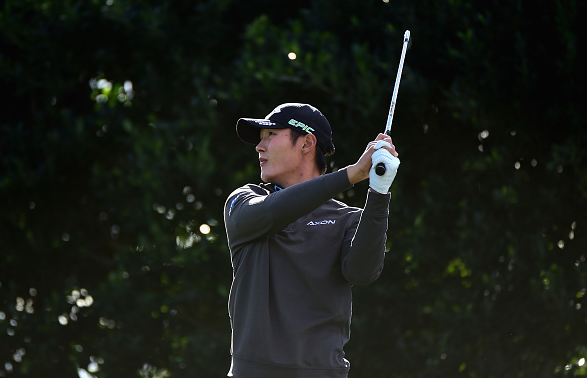 The second round of the CareerBuilder Challenge concluded with Hudson Swafford taking over the lead.

The University of Georgia alum carded another 65 and moved to 14-under – one shot ahead of first-round leader Dominic Bozzelli and Danny Lee, who carded a bogey-free 64 to move nine spots up the leaderboard.

Brendan Steele and Brian Harman are both within striking distance at 12-under-par.

Here are a few of the best shots from the second round at PGA West.

Danny Lee’s Approach Into The 18th

After needing a birdie at the last to match the round of the day, Danny Lee delivered by hitting a fantastic approach to inside a foot at the last.

Lee jumped 9 spots up the leaderboard after firing a mistake-free round of 8-under-par.

Also making a significant jump up the leaderboard, Bud Cauley provided one of the best shots from the second round. The Alabama alum’s approach into the 4th did everything but go in.

Cauley fired a bogey-free round of 67 to move into T13, and currently sits at 8-under through the first two rounds.

Englishman Paul Casey has one of the most effortless swings on Tour and he showed that at the 187 yard par-3. Casey, who also sits at 8-under, provided a near ace at the 3rd by hitting his tee shot to within 10 inches.

Since carding a 73 in the opening round of the Sony Open, Casey has fired rounds of 67-67-69 and looks to be back to his consistent ways.