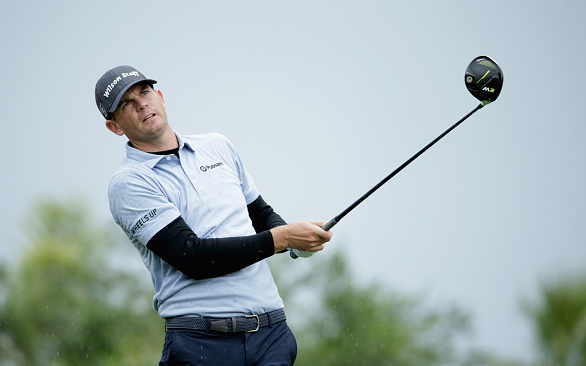 The CareerBuilder Challenge is heading into its third round of play on Saturday, with tee times set for 11:30 PM ET.

Through 36 holes of play Hudson Swafford leads Dominic Bozzelli and Danny Lee by a single stroke, while Brian Harman and Brendan Steele are only two strokes back.

Here’s a round up of quotes from the five players atop the leaderboard at PGA West.

If He Adjusts His Putting From Course to Course

“I practiced on the putting green up top and it was pretty slow. I actually went down to the bottom grown on the range and it was just like La Quinta, everybody said they were a little slower, but Nicklaus Course, they rolled beautifully today. They were nice. They had great speed.”

On Being Bogey-Free Through 36 Holes

“Thank my putter. I made some nice eight to 10-footers today. That really, around the middle of the round, it kept it going. I was able to chip in on 10 and kind of stole one there. So, I’m going to start hitting it better at some point this week, so I’ll go get some rest and get back at it tomorrow.”

On Taking Time Off

“I was just very unhappy with the way I played and just nothing seemed like it was going my way. Sometimes — it wasn’t really a bad year last year, it just, towards at the end I think I got burned out a little bit and my body wasn’t feeling great. I had to take a couple WD’s after I made a cut, after Friday, I took a couple of WD’s on Saturday, because I wasn’t feeling well. So, that’s one of the reasons I took a month off and I feel fresh right now.”

If Stadium Course Fits His Game

“If you’re feeling good, feeling like you’re swinging well, then you can make some birdies out there. If you get a little bit off or the conditions get tough, it can really make you pay. So, hopefully I continue to strike it the way I have the last couple days and make some of those scary shots a little bit easier.”

On The Rainy Conditions

“My Columbia jacket was my MVP today. We got kind of lucky on the weather. Really didn’t hit us until the last couple. But had the putter going and played well.”