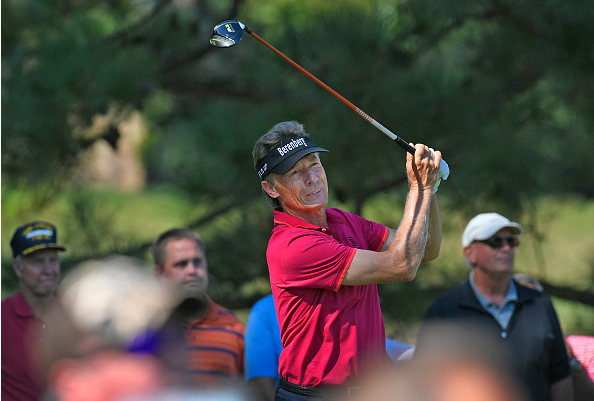 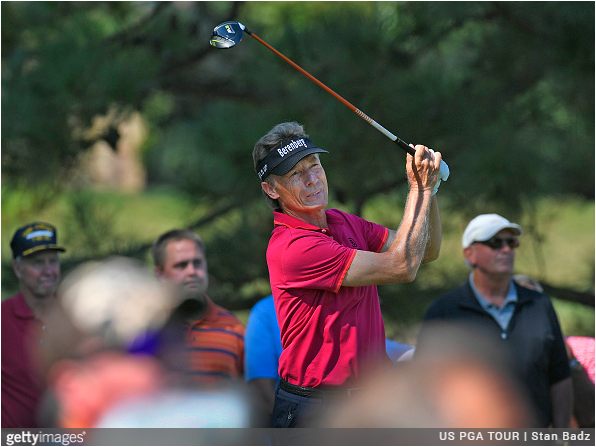 After the opening round of the Dominion Energy Charity Classic, four players share the lead at 5 under, including Charles Schwab Cup leader Bernhard Langer, who birdied the final hole to get to 67.

Langer, who has won the last three Charles Schwab Cups, hit 14-of-14 fairways and 17-of-18 greens en route to his bogey-free round.

“Played really good. I hit every fairway, hit 17 greens in regulation. That means I had 17 chances for birdie, and the one I missed I made par out of the bunker,” said Langer. “So that was about as bad as I could have scored basically. Didn’t make many putts.”

Rocco Mediate, Joe Durant and David Toms are the others on top in Virginia. The trio, like Langer, all posted clean rounds on Friday.

Toms has now played his last 60 holes without making a bogey – going back to the 12th hole in the first round of last week’s SAS Championship.

“I felt good most of the day. I putted well. I didn’t make a whole lot, but I hit a lot of good putts and hopefully it will set me up to gain some confidence there with the putter and finish well on the weekend,” said Toms, 50, who is making his Charles Schwab Cup Playoffs debut this week. 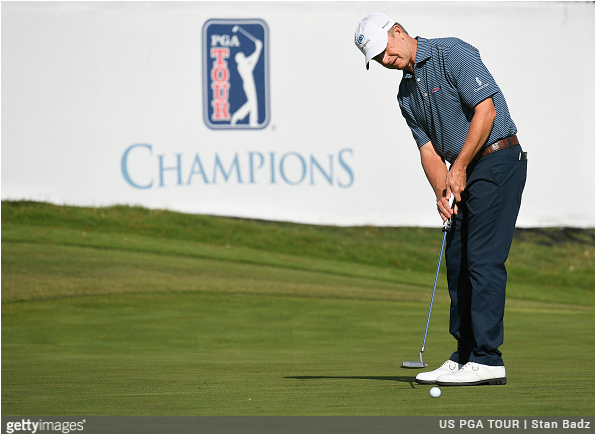 Mediate, who sits at No. 65 in the Schwab Cup standings, has the most to gain with a good showing at The Country Club of Virginia, as only the Top 54 move on to round two in Thousand Oaks (CA).

“It’s a nice start for me, period. I haven’t been around much. Yeah, it was good. It was solid, solid day. Putted nice, drove nice. You have to do it around here, it’s a good golf course,” said a relived Mediate.

Durant, who is winless on the season, but has six top-10s, sits comfortably in 15th place. A win in Virginia would move the 53-year Floridian into the all-important Top 5.

“I’m very pleased. No bogeys, so when you have a clean card, you can’t complain too much. Just tried to stay patient,” said Durant. “I hit some balls out of play but I got the ball on the greens and made a couple of good putts when I needed to, so I played sold, very solid.”

One back at 4-under 68 is the trio of Jay Don Blake, Olin Browne, and Glen Day. A logjam of nine players are tied for eighth at 3-under 69.

“Hoping to continue my good play and my good form and give myself opportunities. Hopefully get up in front and win the championship. But it’s a long ways to go. We’re only one-third of the way there.”