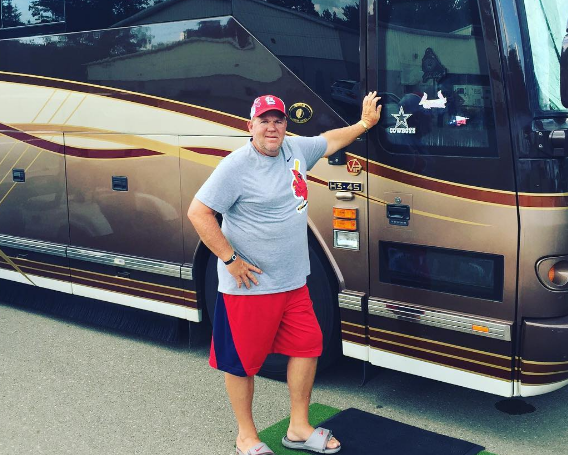 John Daly may not have won this weekend at En-Joie Golf Club in Endicott, NY, which hosted a stop on the Champions Tour – the Dicks Sporting Goods Open.

But that didn’t stop the 2-time major winner from celebrating.

In the video below, Daly, who has released two albums, stepped up to the mic at the VIP tent and sang Bob Dylan’s ‘Knockin on Heavens Door’.

Off the course, @PGA_JohnDaly is still John Daly.

Daly even created his own rendition of it with “Momma I can’t hit my wedge no more…” His wedge game can’t be all that bad. Daly finished the tournament at 7-under-par, while even putting one-handed.

"Momma I can't hit my wedge no more." @pga_johndaly adds a new verse to "Knockin' on Heaven's Door."

John Daly is, and always will be a fan favorite, despite his well-documented vices and personal problems. The gregarious golfer has the ability to connect with fans, and while he may drink, smoke, and gamble more than most of us, there’s never been the feeling that he’s much different. Other than maybe his tour bus, and golf swing.

The 20-hour drive from Arkansas is complete. The @dsgopen welcomes @pga_johndaly. ??