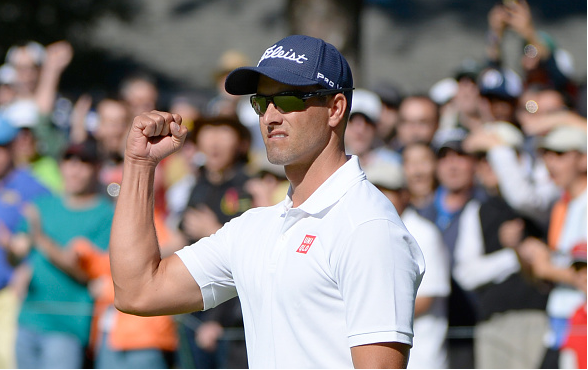 The newly-named Genesis Open (formerly the Northern Trust Open) is the final stop on what is referred to as the West Coast Swing. Some of the best players in the world, including 8 of the world’s top-10, will be teeing it up this weekend at the historic Riviera Country Club in Pacific Palasides, California.

With such a loaded field on tap, the power picks this week are tougher than usual. Normally there are 4-5 obvious clear favorites, then the rest of the field. But if you took say the top-5 of Jason Day (1), Dustin Johnson (3), Hideki Matsuyama (5), Jordan Spieth (6), and Adam Scott (7). You’re leaving on the table stars like Sergio Garcia, Justin Thomas, Justin Rose, and Phil Mickelson.

But that’s why they pay us the big bucks – to make the difficult decisions. So here we go: The Power Picks for the 2017 Genesis Open at Riviera CC.

World #1 Jason Day is in the field, no longer trying to shake off the rust from the extended break he took after the Tour Championship.

The 29-year-old Australian has not played in this tournament since 2012, when he was +9 for the week and finished T62. That poor result dropped him from 7th to 10th in the world rankings, but at least for now, he is well-established in that #1 spot, as the only man close to him, Rory McIlroy, is currently sidelined with a fractured rib.

Last year’s co-runner up, Scott is making the Genesis his 2017 debut. While Scott was not quite able to overtake Bubba in 2016, the strong showing propelled him to wins in his next two events, the Honda Classic and the WGC-Cadillac.

Scott won the 2005 edition of this tournament, but since it was called off after 36 holes due to bad weather, it does not count as an official win. Scott may be motivated to add a Riviera win that is a little less unofficial.

The newly-crowned Pebble Beach champ enters Los Angeles playing some superb golf. At Riviera last year, it was a tale of two rounds for Spieth, who had a nightmare opening round, carding eight bogeys and one double for an 8-over 79.

He rebounded well on Friday with a three-under 68, but by then the damage had been done and Spieth missed the cut. Fortunately for Spieth, the 79 appears to be an anomaly as he finished T4 and T12 the previous two years.

DJ was also T3 in 2010 and T10 in 2009. So despite never winning in L.A., it’s not due to poor play. His confidence could not be higher coming off a three-victory season where he finally cleared the major hurdle.

While Rose did win the Olympic Gold Medal in 2016, he was 0-for in PGA Tour events, the first time in seven years he exited the season without at least one win. His two top 10s to begin this season show that he is serious about getting back in the win column.

Rose struggled at Pebble Beach last week, while playing with buddy, and amateur partner, Justin Timberlake. But he is expected to rebound nicely, as his game is too strong for consecutive flubs. A T9 in 2011 is his best result in Los Angeles.