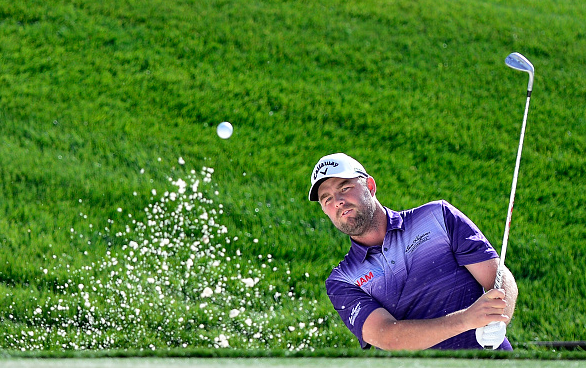 The PGA Tour heads to Riviera Country Club for the Genesis Open, which is hosted by the Tiger Woods Foundation. However, Tiger Woods had to withdraw this week due to back spasms he incurred in Dubai.

To go along with our 5 power picks, here are the 5 sleeper picks.

The 40-year-old, Perez, was forced to withdraw at the WM Phoenix Open but finished T14 at Pebble Beach. Perez has played in 8 events this season and has placed inside the top-10 at 4 of those events.

Perez recorded a early win this season at the OHL Classic where he finished at 21-under.

The 25-year-old South Korean, Byeong Hun An, is coming off one of the better tournaments of his short career on the PGA Tour. An held the 54-hole lead at the WM Phoenix Open, but after a 2-over 73 finish on Sunday An ending up finishing in 6th.

An has made the cut in all 5 tournaments, however only two of those 5 have resulted in top-25 finishes.

Although Kokrak has missed the cut in his last two tournaments, he has had success in this tournament (T2 last year). Kokrak has two top-25 finishes this year and is 4 for 7 on cuts made.

Kokrak is coming off his best season on the PGA Tour that featured a 33rd place finish in the FedEx Cup.

The 33-year-old Australian, Leishman, is off to a fast start this year with 6 top-25 finishes with two of those being top-10 finishes. Currently sitting at 39th in the FedEx Cup standings, Leishman is on for his best season yet.

Leishman, who only has 1 PGA Tour win in 9 seasons, placed T5 last year at this tournament which was known as the Northern Trust Open.

The 9-time PGA Tour winner, Sergio Garcia, has started his 2016-17 season off strong. Garcia’s recent finishes include a win on the European Tour at the Omega Dubai Classic and a T17 (CIMB Classic) and a T9 (WGC-HSBC Championship).

Garcia’s last win on the PGA Tour came last year at the AT&T Byron Nelson – where he won in a playoff over Brooks Koepka.