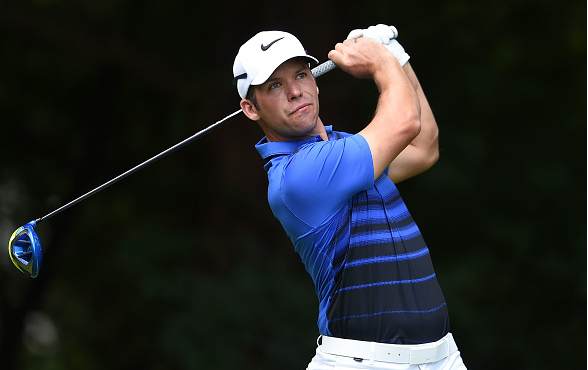 It’s hard to believe, but a new PGA Tour tees off with a new season at the Safeway Open this week. The field in Napa Valley is not exactly star studded, especially with the loss of Tiger Woods, but it’s anything but weak. There are plenty of big names in the field at Silverado vying for early FedEx Cup points.

Here are the Power Picks for this week’s Safeway Open at Silverado Resort.

Casey’s season was mostly quiet, but he was tremendous in the FedEx Cup playoffs, with three top-4 finishes in the last three events. After a T31 at the Barclays he finished runner-up at the Deutsche Bank Championship, runner-up at the BMW, and then solo-fourth at the Tour Championship.

He was one of the five players who would have taken the FedEx Cup with a win at East Lake. He finished fifth in those standings. Casey also finished T4 at The Masters and T10 at the PGA Championship. He is hoping his FedEx Cup momentum will carry over into the new season.
Final FedEx Ranking: 5
OWGR: 12

Despite being 46, an age that for most is well past their prime, Mickelson is coming off one of his finest seasons as a pro. No, he still has not won since shocking the golf world during the 2013 Open Championship, but his best in 2015-16 was as good as anyone’s best.

He is coming off a season where he finished in the top 5 six times, and finished an incredible fifth in scoring average, just 0.4 strokes behind leader Dustin Johnson. Jason Day, Adam Scott, and Jordan Spieth were the only others to finish higher in that statistic. Mickelson comes into this tournament as one of the favorites, and a great performance would not surprise anyone.
Final FedEx Ranking: 16
OWGR: 15

Kuchar is coming off another successful season where he was a top-10 machine, finishing with 10 (only Dustin Johnson and Patrick Reed had more). He also took great pride in winning the bronze medal at the Rio Olympics.

He is coming off a thoroughly unimpressive Ryder Cup performance that ended with a come-from-ahead loss to a reeling Martin Kaymer in singles. His last win was at the 2014 RBC Heritage, as he has accumulated 21 top-tens since that victory.
Final FedEx Ranking: 18
OWGR: 17

Na took second place at this event last year, losing a playoff to Grillo. It was the first of a very hot start to 2015-16 for Na and he took T2 and T3 in his next two events. He was terrible in the season-ending Tour Championship, but even qualifying for that says great things about his game.

It can also probably be excused, since he just became a first-time father during the FedEx Cup playoffs. We do not know how much practice he has been getting lately, but he is definitely among the favorites to take the Safeway.
Final FedEx Ranking: 28
OWGR: 39

Rahm declared pro after a T23 at the U.S. Open as an amateur, and was fantastic in his first pro starts, easily earning his Tour card via the money list. The 22-year-old Spaniard took T3 in his first professional start, the Quicken Loans National, and also went T2 at the RBC Canadian Open and T14 at the John Deere Classic.

If he had had enough starts to qualify for official statistics, Rahm’s 306.9 driving distance average would have been good for a tie for seventh on tour, and his 68.15 GIR percentage would have ranked in a tie for 33rd. His all-around game looks sound, and he stands a great chance of becoming a star with more experience.
Final FedEx Ranking: N/A
OWGR: 133