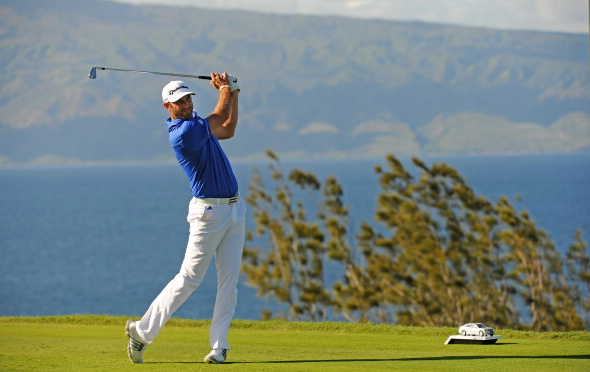 The SBS Tournament of Champions kicks off the 2016-17 regular season of the PGA Tour, and because the field is limited to players who won during the 2016 calendar year, it is loaded with some of the biggest names in professional golf.

The star-studded field in Hawaii includes six of the top-10 players in the world with a few big name winners opting out of the first Tour event, including Rory McIlroy (#2), Henrik Stenson (#4), and Adam Scott (#6).

Hosted at the majestic Kapalua Resort, and played on the award-winning Plantation Course, the champion golfers will be vying for a big payday worth $1,080,000 as well a nice jump-start to the new season.

With that, let’s get on with the first set of power picks for the 2017 season.

Hideki Matsuyama had a fairly good 2016 season, winning one tournament, the Waste Management Phoenix Open. He also posted 8 top 10s in 23 events, including a T3 at the Wyndham Championship, a T4 at the PGA Championship, and a solo-fifth at the Tour Championship. Since the finish of the 2015-16 season, however, no golfer on the planet has been hotter than Matsuyama. Internationally, he has won four of his past five events, with the non-victory being a solo-second to Justin Thomas at the CIMB Classic in Malaysia.

World #1 Jason Day is coming off a successful season where, while he did not win any majors, he was still dominant in stretches and at season’s end. In all, the 29-year-old won three times in 2016, highlighted by his victory at The Players Championship in May. He also notched victories at two other elite-field events: the Arnold Palmer Invitational and the WGC-Dell Match Play, finished solo-2nd at the PGA Championship, and he finished in the top 10 of 50% of his tournaments (10 of 20). Despite the success, the 2016 season ended in disappointing fashion as a back injury forced him to withdraw during the second round of the Tour Championship.

Ranked #3 in the world, Dustin Johnson is coming off his best professional season with three wins, which tied Jason Day for most on Tour, including his first at a major, the U.S. Open at Oakmont. He was the unsurprising choice for 2016 PGA Tour Player of the Year. In his last start, Johnson was T3 at the Hero World Challenge in December, an unofficial event, but one that boasted a strong field.

Despite winning two tournaments in 2016, including the Tournament of Champions, and playing a productive role on the victorious American Ryder Cup team (2.5 points in 5 matches), Jordan Spieth’s year was considered largely disappointing. Expectations will again be high for the still young gun who blitzed the Kapalua field last season. And one of the biggest questions that golf fans have going into 2017 is, ‘Which Jordan Spieth will we see’?: The unstoppable and iconic 2015 Jordan Spieth, or the good-but-not-amazing 2016 version who was far less captivating.

The final big favorite this week at Kapalua is Patrick Reed who won here in 2015, and finished second to Spieth last season. The 26-year-old Reed enters the exclusive Hawaii event coming off what was a strong close to his 2015-16 season, where he won a FedEx Cup playoff event (The Barclays), and was the American star of the Ryder Cup. Reed’s eleven top-10s in 2016 trailed only Dustin Johnson’s 15.