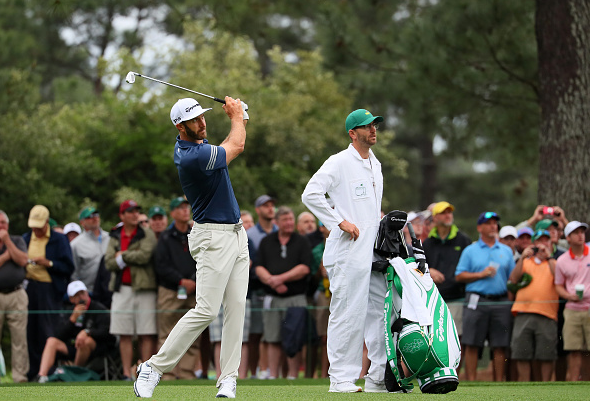 As the first major championship of the 2016-17 Tour season, the Masters’ field is limited in size and star-studded including every player ranked inside the world top-60.

The elite golfers teeing it up this week at Augusta National will be vying for a career-defining win, as well as a big payday worth $1,800,000.

With that, let’s get on to the power picks for the first major of the 2017 calendar year.

Ranked #1 in the world, Dustin Johnson has picked up six tournaments titles in his last 16 starts, including the U.S. Open. The reigning PGA Tour Player of the Year enters Augusta a on three-tournament winning streak with two of those wins being World Golf Championships.

This will be Dustin’s eighth attempt at a green jacket, with his last two attempts being his best: a T6 in 2015 and a T4 in 2016. The time may never be better for him to join the Masters’ Fraternity of Champions.

Former world #1, Jason Day, has been unable to get any kind of momentum going since a back injury forced him to withdraw during the second round of the Tour Championship. In fact, since his win at the PLAYERS last May, Day is winless, and has relinquished his top ranking.

For this season, Day has just one top 10 in six events. The 29-year-old finished T10 at last year’s Masters, with a high finish of T2 in 2011. If Day is going to get back on that world #1 track, the Masters would be a great place to start.

Jordan Spieth has played in the Masters just three times, and has finishes of: T2, WIN, T2. He’s held the lead, at times, in all three, and has been in the final group on all three Sundays. In last year’s Masters, everything was set for another celebration of Spieth. Then #12 happened.

Despite the public collapse, Spieth has played very well in 2017, winning the AT&T Pebble Beach Pro-Am and taking third in two other tournaments. He was a surprising cut at last week’s Houston Open, but for the most part, he has looked like 2015 Jordan Spieth, the one who captured two majors and was a runaway choice for POY.

Of all the top players in the field, only Rory could complete the career grand slam with a Green Jacket this weekend. Just 27 years old, Rory has four career major victories: two at the PGA Championship, and one apiece at the U.S. Open and the Open Championship.

Currently ranked #2 in the world, Rory looks to have shaken off the rust from a rib injury that cost him some time earlier in the year. He finished T7 at last month’s WGC-Mexico, and a T4 at the Arnold Palmer Invitational – two events with exceptionally strong fields.

Fowler has been tremendous in the new season, with a missed-cut at the Farmer’s Insurance Open being his only blemish in 7 starts. In the other 6 starts, Fowler has finished: T6, T4, 1, T16, 12, T3.

The 28-year-old fan favorite has enjoyed a nice bounce back from a 2016 season that was considered somewhat disappointing. Fowler’s best Masters result was a T5 in 2014, a season where he finished in the top five of all four majors.