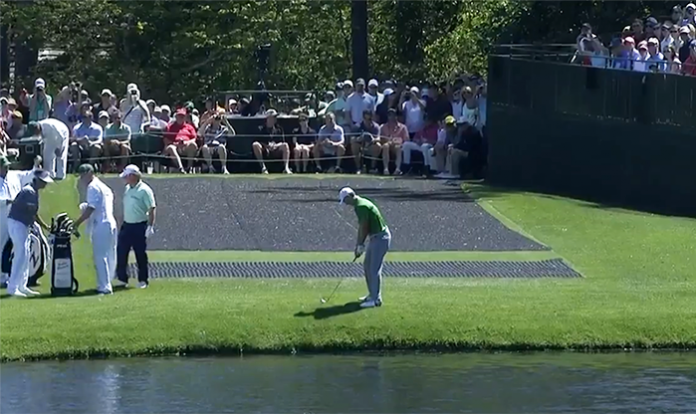 After a major meltdown at the Par-3 12th last year, Jordan Spieth seems to be heading into the weekend relaxed. During his Tuesday practice round, Spieth stuck his tee shot on No. 12 to within inches, and joked to the gallery, “I really could’ve used that one 12 months ago.”

Jordan Spieth knocked his tee shot to tap-in range on the 12th hole today. Told gallery: "I really could've used that one 12 months ago."

Also, check out this video of Spieth skipping his ball across the pond and onto the 16th green (a talent he could have used last year).

As for where I think Spieth will finish this week? I think he’ll get redemption and capture another green jacket.