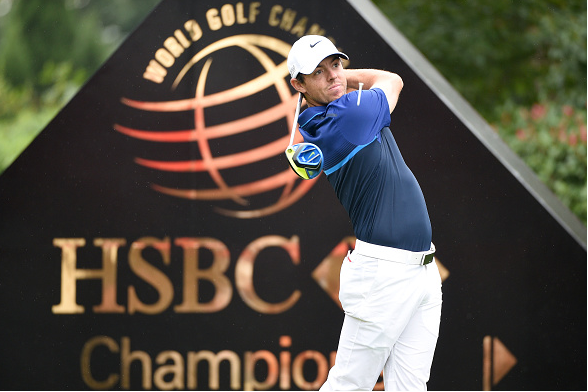 The WGC-HSBC Champions is the first World Golf Championship event of the 2016-17 Tour season, and kicks off in Shanghai, China on Thursday. Now its fourth year as an official FedEx Cup event on the PGA Tour schedule, and seventh as an official Tour event, the tournament is becoming a favorite stop for the world’s best players.

Limited to 78 players, with no cut line, the field includes eight of the world’s Top 10 golfers, who are all vying for some early FedEx Cup points, along with a big payday worth $1.62M.

Here are the Power Picks for this week’s WGC-HSBC Champions at Sheshan International Golf Club.

Rory McIlroy has been a bit up and down in recent years, although, like Tiger in his prime, his worst is still among the very best. When we last saw McIlroy he was dominating in the FedEx Cup playoffs with comeback wins at the Deutsche Bank and the Tour Championship, with the latter earning him the $10 million FedEx Cup.

He followed that up with an impressive performance as one of Team Europe’s best players at Hazeltine, going 3-2-0 – one of only three Europeans (Pieters, Cabrera-Bello) to net a winning record in the losing effort.

As well as Rory McIlroy played at Hazeltine, Patrick Reed was even better. His 3.5 points led team America, and his Sunday singles triumph over McIlroy set the tone for the U.S. victory.

Reed is no stranger to great early season play, winning twice by mid-March in the 2013-14 season, a January victory the following year, and then last season he finished top-10 in his first four tournament, including two runner-ups. In addition to being the American MVP at the Ryder Cup, Reed won The Barclays, leading to a finish of third in the final FedEx Cup standings.

The last we heard of Dustin Johnson, he was being named Player of the Year, a well-deserved honor upon the conclusion of a season where he won three times, including at the U.S. Open.

DJ’s 15 top 10s in just 22 events was easily #1 on Tour. As amazing as his 2015-16 season was, DJ could do even better this year. His recent win at the BMW Championship was chased by a disappointing T6 at the Tour Championship, where Johnson let the FedEx cup and its $10 million prize barely slip from his grasp after a final round 73.

Russell Knox was nearly flawless in his 2015 victory in Shanghai, going 67-65-68-68 and holding off a number of competitors down the stretch, including Kevin Kisner, Danny Willett, and Branden Grace. It was Knox’s first career PGA victory, and he would go on to add a second win at the Travelers Championship in August, a tournament much more remembered for Jim Furyk’s final round 58.

It was a breakthrough season for Knox, as he added two runner-ups to his two 2015 victories. Last week at the CIMB Classic, Knox picked up where he left off, and secured another Top 10.

Paul Casey, the red-hot Englishman, who was sorely missed by Team Europe at the Ryder Cup (he was ineligible as he did not renew his European Tour membership), is on an absolute tear as of late. Going into last week’s CIMB Classic, Casey had not finished lower than 3rd in his four previous starts, with three of those performances coming in the playoffs.

While he cooled down a bit in Malaysia, after a first round 65, the 37-year-old still finished with another Top 25, and clearly has his game going right.