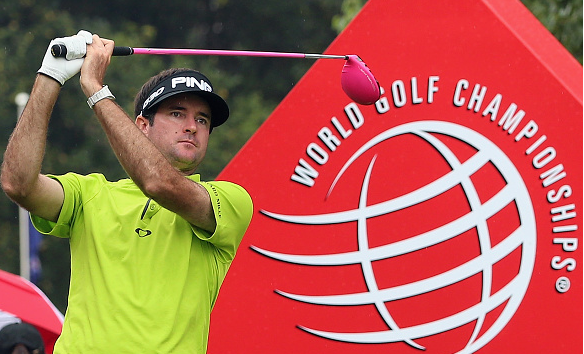 The HSBC Champions is the first elite tournament of the 2016-17 PGA Tour season, and the third on the new season’s schedule.

With a purse of over $9 million, eight of the world’s Top 10 players will be competing in Shanghai, including three of the Top 5: #2 Dustin Johnson, #3 Rory McIlroy, and #5 Henrik Stenson.

Here are 10 things to know about the first World Golf Championship event of the season.

The HSBC Champions was created in November 2005 as an off-season (“silly season”) event that offered big money to an elite field. In 2006, it became an official European Tour and Asian Tour event.

In 2009, the HSBC became an official WGC event, and in 2010, the HSBC Champions counted as an official PGA TOUR victory — provided the tournament was won by a Tour member.

After eight years of not counting, and/or sort of counting, HSBC announced as part of its title sponsorship renewal, starting with the 2013 event, the HSBC would become a part of the PGA Tour’s FedExCup schedule, awarding official money and FedExCup points (and a three-year exemption).

4. Lots of World’s Best in Field

5. And Lots of Major Winners in Field

As the venue for the WGC-HSBC Champions, Sheshan has played host to the best PGA Tour players in the world.

The winner in Shanghai will walk away with $1.6M in earnings, 550 FedEx Cup points, and a three-year PGA Tour exemption. He will also get a ticket to Kapalua for the 2017 Tournament of Champions, along with two major championships in 2017 (Masters Tournament and PGA Championship), as well as THE PLAYERS Championship at TPC Sawgrass.

The winner also earns exemptions into six additional invitational events on the PGA Tour such as the Memorial and Arnold Palmer Invitational.

Sheshan International Golf Club features the oldest trees you will find on a PGA Tour golf course. On Hole No. 4 there are two 1,000 year-old Ginko trees. Overall, there are reportedly 60,000 trees scattered throughout the grounds of Sheshan.

The field at the first World Golf Championship of the season showcases a truly international field.

Of the 78 players teeing it up at the HSBC Championship, 58 are from outside the United States.

Phil Mickelson has won twice at the HSBC Champions, and neither counted as official Tour win for his career. In 2007, Mickelson won the event when it was only an official event on the European Tour.

Two years later, in 2009, Mickelson won again in Shanghai. And even though it had become an official World Golf Championship event, it was still not sanctioned as an official PGA Tour event.