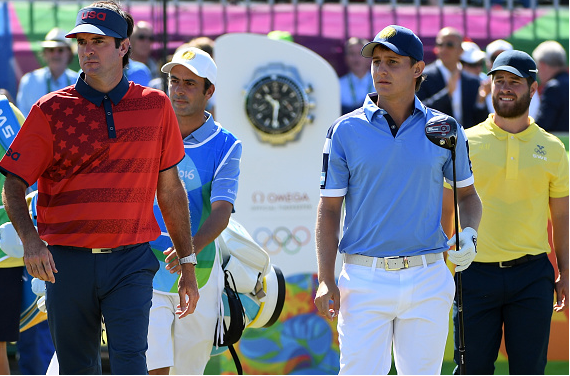 To go along with our Power Picks for the start of the FedEx Cup playoffs at The Barclays, here are the Sleeper Picks for this week’s PGA Tour event.

One of the best young players on Tour, Emiliano Grillo has been racking up one good finish after another. His recent finishes include a T8 finish at Rio, T14 at the PGA Championship and a T12 at the British Open. It surely doesn’t look like he has stage fright. Grillo is also one of the top contenders for the Rookie of the Year Award.
FedEx Cup: 32
OWGR: 37

Kevin Na is the third highest ranked player in the FedEx Cup standings without a win and rightly so as he has eight Top-10 finishes this year. Na has three Top-10 finishes in his previous six starts, which includes the US Open and last week’s Wyndham Championship. Always a streaky player, Na definitely seems to be a hot streak at the moment, the only thing missing is a win.
FedEx Cup: 9
OWGR: 31

Englishman Paul Casey is another player who is coming of a string of decent finishes. He finished T17 at the Travelers Championship and T10 at the PGA Championship. Ranked 21st in Stokes Gained: Tee to Green, Casey should factor in this week at Bethpage. He also had a T4 finish at the Masters in April.
FedEx Cup: 68
OWGR: 28

A winner two weeks ago at the John Deere Classic, Ryan Moore might have been disappointed with his performance at the Wyndham Championship. But he will fancy his chances once again this at Bethpage, where he finished T10 in the 2009 US Open. Moore hasn’t missed a cut on Tour since The Memorial.
FedEx Cup: 23
OWGR: 50

Our longest shot this week is Robert Garrigus. The long hitting Garrigus hasn’t been having a great season but is coming off three decent finishes. This includes a Top-5 finish at the Travelers Championship. The reason he makes our sleeper picks is because he ranks 24th in Strokes Gained: Tee to Green this year, something that should come in handy this week.
FedEx Cup: 102
OWGR: 202