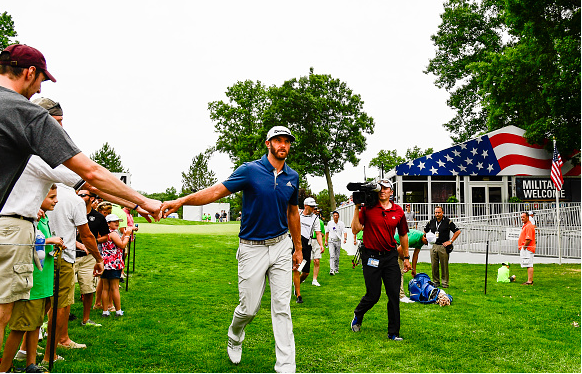 Just like the Majors and the World Golf Championships, The Barclays always presents us with one of the toughest fields of the year on the PGA Tour. To add to the all the anticipation surrounding the Playoffs, one of the most recognized public courses in the country, Bethpage Black is back as host after a gap of four years. We don’t expect the course conditions to mimic the US Open, but we do expect the leaderboards to look like it is one.

Here are our Power Rankings for The Barclays.

From the looks of it, Henrik Stenson is the hottest player in the world at the moment. As if winning the Claret Jug wasn’t enough, his Silver Medal winning at Rio was nothing short of extraordinary. Although his performance in 2012 at Bethpage wasn’t noteworthy, he did finish 9th at 2009 US Open at Bethpage.
FedEx Cup: 14
OWGR: 4

Jason Day comes in as the defending champion, having triumphed last year at the Plainfield Country Club. The No. 1 player in the world is also the FedEx Cup leader heading into this week’s event. This is Day’s first start since his runner-up finish to Jimmy Walker. Spieth stole what looked like his show at the Playoffs last year, but expect Day to add a few more trophies before the season ends.
FedEx Cup: 1
OWGR: 1

Much was expected at the PGA Championship from Dustin Johnson, but he shocked us all by missing the cut. But the 2011 Barclays champion won’t let it slide this week. At the 2012 Barclays, which was played at Bethpage, Johnson had finished T-3. Just a reminder that he is coming off six Top-10 finishes in his last seven events, which includes two wins and a runners-up finish.
FedEx Cup: 2
OWGR: 2

Justin Rose comes in as another favorite into The Barclays following his Gold Medal winning performance at Rio. He left all concerns of his recent back surgery behind him at the Olympic Course. Under the watchful eyes of coach Sean Foley, Rose has evolved to one the best ball strikers in the game, something that will he will surely play to his advantages this week. With the Ryder Cup looming, expect Rose to be fired up already.
FedEx Cup: 51
OWGR: 9

Another player who seems to have left his injury behind is Jim Furyk. Furyk followed his 58 at the Travelers Championship with another Top-10 finish at the Wyndham championship. Add to that his runner-up finish earlier this year at the US Open, the fact that Bethpage is a US Open layout and that his ball striking has been off-the-charts, something that the course demands, Furyk will surely fancy his chances this week.
FedEx Cup: 94
OWGR: 22