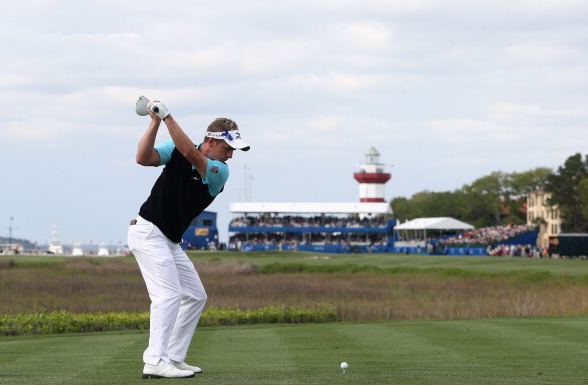 As many of us are still coming down from that Masters high, the PGA Tour is headed of to Harbour Town Golf Links for the RBC Heritage.

Another week, another jacket to be handed out. Last week’s Masters was highlighted by a Sunday dual where Sergio Garcia captured his first major, with a birdie on the first playoff hole to beat Justin Rose.

This week’s venue is one of the best on tour and usually draws a pretty decent field for the week right after a major. Harbour Town is a Pete Dye design and is a par-71 that plays 7,110 yards.

Brendan Grace is back to defend his title. Also back to a venue where they have won in the past are: Graeme McDowell, Jim Furyk, Matt Kuchar and Carl Pettersson.

To go alongside our 5 power picks, here are the 5 sleepers.

As much as I hate this guy, I really didn’t want to pick him this week but with his last trip here I kind of have to. DeChambeau finished T4 last year at 5-under, which included two rounds in the 60s in tough conditions.

The scientific golfer, DeChambeau, has also started to turn his game around. After 4 missed cuts and a WD, DeChambeau finished T27 at the Valspar, T2 in Puerto Rico, and T44 at the Shell Houston Open.

Hard to believe that a former number one in the world is now a sleeper pick but Donald has dropped all the way down to 96 in the OWGR. However, Donald has played very well at Harbour Town – racking up three Top-3s in 5 trips, included a T2 last year.

As of this year, Donald has missed three cuts and placed inside the Top-25 twice out of 8 events. Donald’s best finish came at the Genesis Open where he ended T17 at 7-under-par.

Leishman has made 4 trips to Hilton Head, with his best finish coming in 2013 – where he ended up T9. Leishman struggled a bit last week at Augusta, finishing T43 at 8-over.

However, Leishman has had a great year so far. Leishman has racked up seven Top-25 finishes in 10 events. The Aussie’s most recent win came back in early March, where he won the Arnold Palmer Invitational at 11-under.

To say Perez has had a good year is an understatement. Coming off an injury last year, Perez has racked up 4 Top-10’s and 8 Top-25’s in 13 events so far this year. Perez is also coming off a good week down in Augusta, where he finished T18 at 1-over.

Perez has made the trip to Harbour Town three times in his career and has yet to miss the cut. His average finish is 21st and his best finish is 18th.

This pick might be a long shot but Campos has taken advantage of his first two PGA Tour events and made his way into the field this week. Campos finished T10 in Puerto Rico to get into the Shell Houston Open the following week – where he finished 7th.

I am expecting Campos to continue his ways at Harbour Town and maybe landing another Top-10 finish.