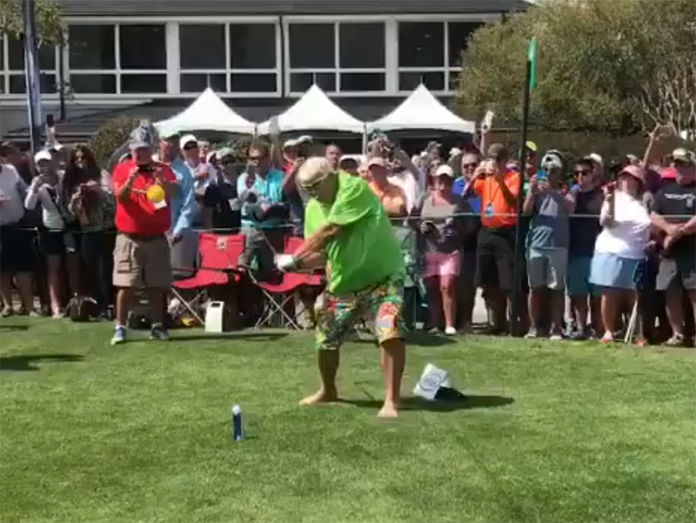 If you were concerned about John Daly slowing down with age, as he transitions to the Senior Tour, fear not. He’s still very much John Daly.

The 50-year-old two-time major champ was in Myrtle Beach for the annual Monday After Masters Pro Am, doing, well, John Daly stuff. Like hitting golf balls off a beer can with no shoes and a cigarette hanging out of his mouth.

After Daly striped his tee shot he then rescued the tipped-over can of beer and proceeded to chug it down.

Grip it and chug it.