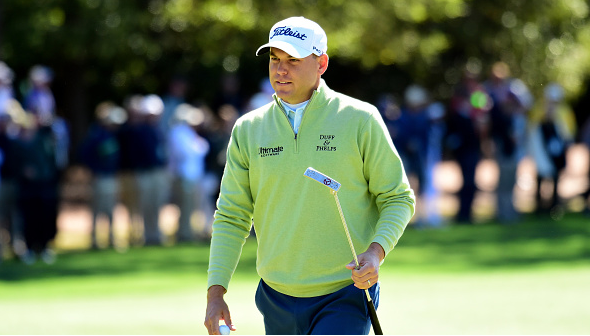 Despite a date which follows the Masters, the RBC Heritage has a storied history, and consistently draws a star-filled field.

South Carolina’s only PGA Tour event will once again be played at the iconic Harbour Town Golf Links, set along the picturesque Calibogue Sound on Hilton Head Island. The Pete Dye-designed track measures just 7,099 from the tips, but places a premium on finesse, imagination and shot making.

This year’s edition, once again, brings forth a strong field, highlighted by eight of the top-20 in the FedEx Cup race.

As we do each week, here are the 5 Power Picks for the RBC Heritage.

Matt Kuchar finished T4 at the Masters – adding another top-10 to his resume. The Olympic Bronze winner is a top-10 machine, with seven or more in seven consecutive seasons.

The world No. 17 last won on Tour at the 2014 RBC Heritage. In his two Harbour Town starts after his 2014 victory, Kuchar finished solo-5th (2015), and T9 (2016). His recent success in Hilton Head, combined with the form he showed at The Masters, might make him the favorite to win this week.

Perhaps the hottest player in the RBC Heritage field is Russell Henley, who finished a very respectable T11 at The Masters, one week after winning the Shell Houston Open. He played three of his four rounds at Augusta, under-par, with a second-round 76 the only blemish on his card.

Henley also has two additional top-10 finishes on the season. He was T23 at this event last year in his fourth attempt at Harbour Town. His best finish was a T6 in 2013.

Germany’s Martin Kaymer enters the RBC playing consistently good golf as of late. In his last nine starts, the two-time major champion has finished outside of the top-25 only once (a T48 in Quatar). In his last five PGA Tour events, which included two WGCs and a major, he’s finished inside the top-25 each time: T4 (Honda), T23 (WGC-Mexico), T23 (Arnold Palmer), T17 (WGC-Dell), T16 (Masters).

The 2011 FedEx Cup Champion, Bill Haas is off to another consistent year on the PGA Tour, racking up seven Top-25 finishes in his first 10 events this season. His best finishes this season have come in two WGC events – T4 at the WGC-HSBC and 3rd at the WGC-Dell.

Haas has played in every RBC Heritage since 2006, and has had a mixed bag of results – highlighted by a bunch of missed-cuts in the early years. In his last two appearance at Hilton Head, however, Haas has finished T14 (2016) and T31 (2015).

Last week, Charley Hoffman blew away the field during the first round at Augusta, shooting a 65, which was unfathomably low given the nearly unplayable conditions. Hoffman fell back to earth in round two, but was still in the championship mix until Sunday, when a 6-over 78 dropped him into a tie for 22nd place.